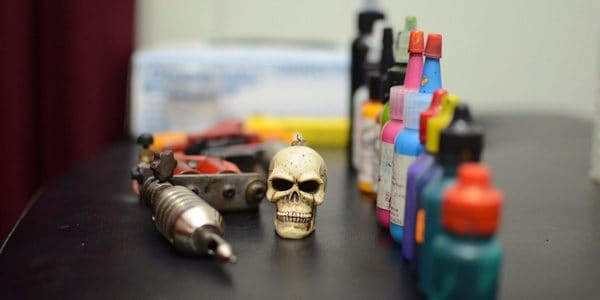 “So what does your tattoo mean?” or “What’s the story behind your ink?” are questions that become fairly common when you’ve chosen to get a tattoo placed in some visible location on your body. Many people have stories behind their art or reasons for the symbols they choose. Most people laugh at the old trope of Chinese characters that are supposed to mean “strength” or “peace” but are actually just menu items, but think very little of it when someone gets a cross or a Buddha on their body. But just like Chinese characters, these symbols have meaning, and the issues with tattooing yourself with symbols you don’t understand goes beyond just a few laughs.

Walk into any tattoo parlour and you’ll likely be met with walls full of flash. Small pictures that you can have tattooed on yourself. Mixed in with anchors and pinup girls will likely be Asian deities, Native American headdresses, as well as Christian crosses, angels and devils and a host of other images that tie loosely into some system of belief.

We think nothing of many of these symbols, but they have been culturally appropriated, removing the original history and meaning, making them little more than decoration to the mainstream. Seeing a dreamcatcher or Buddha tattoo doesn’t raise any eyebrows, but even though the mainstream may have attempted to divorce these symbols from their origin, they still remain tied to existing cultures who are hurt by seeing their symbols used as decoration.

This issue becomes even more complicated when the tattoos themselves are tied into your own spirituality, either with the actual symbols or with what those symbols represent. It is important to understand how these can be harmful and appropriative in many cases.

“The image just really vibes with me”

People choose symbols for a variety of reasons. Sometimes it is simply because they saw something and it looks really neat. Other times they have a basic understanding of the meaning behind it. For a mainstream example, think of the Archangel Michael. Many people may get him as a symbol of strength but they, themselves, aren’t really Christian.

Similarly, someone may get a Yin Yang or ankh but have very little understanding of the background for either of those symbols. This becomes an issue when those symbols are still very much alive and well in their own cultures.

By not understanding the meaning of the symbols completely or how they work in the framework of those cultures, you can very easily do harm or insult people.

A perfect example if this happened in India when an Australian man visited the country in 2015. He has a Hindu goddess tattooed on his shin. While he was visiting he was harassed by some locals for having the tattoo. He had gotten the goddess, Yellamma, because what she stood for resonated with him; however, he had an incomplete understanding of the culture she came from.1

The tattoo wasn’t the problem; the placement of the tattoo was. Putting such a holy image on your leg is a major insult in their culture. By placing the goddess so low on his own body, it showed disrespect to her image. This is what upset the people he encountered.

To him, Yellamma was a goddess that had a mythology he resonated with, but she was little more than a symbol for ideals rather than an actual goddess.

This is common when speaking of tattoos, as people often get images placed on their body because they look cool or they know just enough to have a basic understanding of what the symbol or image may mean, but not a full understanding of its importance to a culture that is not their own.

In many cases, these are symbols or images that have banned for the original cultures or have been deemed “savage.” In short, where someone from a privileged place can wear them and they seem pretty or cool, the people of that culture are ridiculed for the same images.

This is why on that basic level, tattooing spiritual images or artifacts on your own body when you do not practice that system of belief is cultural appropriation. It turns another group’s culture into decoration. This is literally what is being done in these cases. 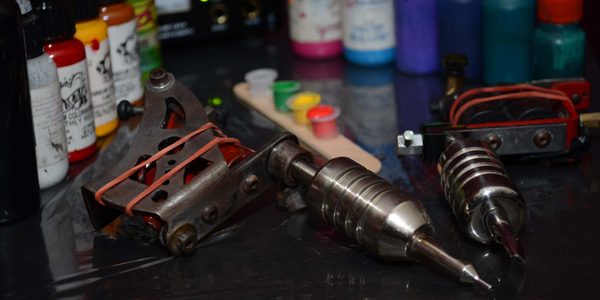 “This is part of my spiritual practice”

The other side of this issue are those people that have adopted the spirituality of another culture or cultures and have a great understanding what these images mean, how they are handled in their native cultures, the various ways they are interpreted, etc.

When dealing with this level of understanding, this is where things get more nuanced. If you are just getting a tattoo that has a spiritual meaning that you don’t know much about, it’s better to not do that.

When you are educated in that practice (assuming that it allows for the tattooing of imagery) then should you be able to wear it? The short answer is: yes. The longer answer is more complicated.

Cultural appropriation isn’t a cut and dry issue, and although you may be very well versed in that particular spirituality, you must be careful to ensure that you are not contributing to a greater culture of appropriation. It is important that when you speak of your body art, that you are fully open about the meaning of the symbols and why you have them in order to dismiss any idea that they were half thought out images pulled off a wall.

Once you have inked that image or symbol into your skin, it is up to you to actively push against cultural appropriation, you can no longer be passive on the issue because despite you own level of understanding, if you let people assume that you’re just wearing cool images, you’re silently contributing to the problem.

Cultural appropriation that occures as we practice our own spirituality, one that may be influenced by many other cultures, can be difficult to process and work against. As always, practicing mindfully will allow you to miss many pitfalls. On the issue of tattoos and spirituality, it is your body and you can certainly do whatever you want with it; however, while you’re expressing yourself, ensure that you are not appropriating someone else.