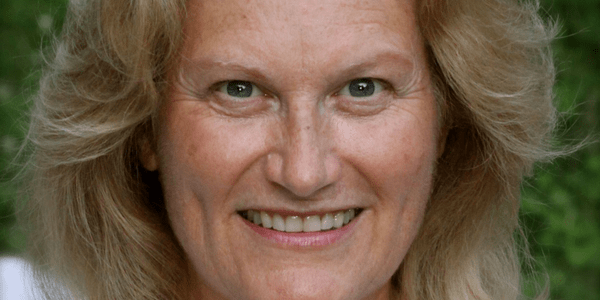 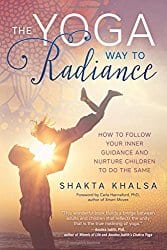 Yoga is a fulfilling physical and spiritual practice that has many benefits for a wide range of people. One of these groups is children. The Yoga Way to Radiance by Shakta Khalsa shares how incorporating yoga into raising and interacting with children can help improve their lives and help these meetings go smoother.

Khalsa is the founder of Radiant Child Yoga, which is a style of yoga that incorporates some narration into the practice with a focus on how to form a yoga practice for children. I did not enter into this book without any knowledge; I am a yoga instructor, but I did expect this book to be very basic. It is marketed for anyone who is interested in a mindful or yogic approach to child rearing, not necessarily people who engage in a yoga practice. I was surprised to see how thorough it was.

The text is broken up into many topics, none of which are helpfully titled. You won’t find “dealing with childhood fears” or “calming anger” instead they’re things like “into the high heart” and “no place like home” — which forces people to read the whole book, as it’s impossible to just jump to the section you think will help with your issue.

Each chapter has many subheadings that create the building blocks of the overreaching theme for the chapter. Again, these are titled in a more whimsical way rather than informative. These subsections include a basic overview of each technique; Khalsa’s history along with it, as well as stories featuring other families and caregivers. Finally, the exercise is laid out and it all ends with a “toolbox” which gives readers a quick rundown of what has been covered in the chapter.

The content of the book was very solid and there were a lot of good tips, especially around breathing and meditation or thoughtfulness that could be applied to help children, caretakers, and parents. The techniques were well explained. For example, when she talks about feather breath, a breathing technique, she outlines not only how it is performed, but both the physical and emotional sensations that are tied to it.

The book also has some illustrations — the different poses that are suggested are shown with black and white illustrations. They are listed by the names that she has given them or common English names, not their formal Sanskrit, which I think makes them very approachable. Each illustration is accompanied by a full, easy-to-follow description of the pose itself. I did feel like there could have been a few more yoga poses included and although children do not generally need props (tools to help hold poses), it may have been nice to include that information because every body is different!

Overall, I liked this book and even though it is semi-tied to a specific style of yoga, it did a great job of not being a sales pitch for her classes. To my recollection, her full course was only mentioned once, during the introduction. I was worried that this book would try to sell the course so I was very pleased that it was not a 200-page sales pitch for training!

My biggest issue with this book is that although they did include many first-person accounts, they were all really hard to connect to. She used her own life and the lives of people who are close to her, all of whom are obviously heavily involved in a yogic lifestyle or are deeply spiritual. Even as a yoga instructor and a witch, I found myself rolling my eyes at some of the personal stories. It wasn’t that they were bad, it was that I just had trouble connecting with them from the perspective of my everyday life. For example, she speaks of going to India to visit her son in boarding school and the realization that her child was growing up. That realization is something everyone goes through but at the same time, all the surrounding details just didn’t vibe with the sort of life I live.

Which is to say that there was a certain amount of privilege written into the text which may make the practice unattainable to many people. It is really easy to read this book and say, “I do not have the time or resources to incorporate these things.” Because I am involved in yoga, I know how easily these things can be worked into our lives, but this book doesn’t really do a great job of illustrating how people who live paycheck to paycheck and work too many hours can do that.

Still, I think overall, The Yoga Way to Radiance was an easy read with a lot of good tips to help incorporate some yoga practices into your, and your child’s, life in order to have a more calming and happier time. Even if you are not currently practicing yoga, the text, in that respect, was approachable and easy to follow.