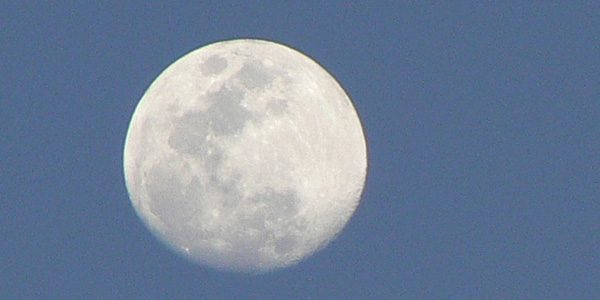 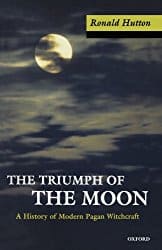 The Triumph of the Moon: A History of Modern Pagan Witchcraft, by Ronald Hutton
Oxford University Press, 416 pp. (plus notes and index), 1999

The book begins by demolishing some long held, well-loved beliefs about the words “pagan” and “heathen.”

Ronald Hutton comes to this research from an angle which has been sadly lacking on the subject of Paganism — that of a historian. He has no axe to grind, no sacred cows to protect, no oaths of secrecy to prevent him from looking at every angle.

He looks at the concept of a matrifocal prehistoric life. He looks at the belief in a worldwide goddess-based religion — its origins, it developments, as well as its detractors.

He looks back to the eighteenth century for the origins of the modern neo-Pagan movement, which may come as a surprise to many, who expect contemporary Paganism to have originated no earlier that the early twentieth century.

The work is scrupulously referenced, another point which is both for and against its acceptance by the Pagan community. A large number of Pagans want their history in easily digested, encapsulated, format, with little or no reference to subjects such as archaeology or anthropology (except as brief references contained within the text). A smaller portion will appreciate the diligence which went into the research behind this book.

He explores, briefly, the origins and history of Masonic and other secret societies, and shows their effect on modern Paganism and witchcraft.

For those with no previous exposure to these secret societies, there may be some startling revelations. And the similarities between the Masons and modern Witches is so obvious as to need no further comment.

His explanation of both high and low magick are easy to understand and will make sense even to those with no background in the subject. This is, of course, to be expected, since he professes no background in magick himself.

Many less experienced, or less well-read, individuals may question his dismissal of many cherished beliefs. The concepts of long existing covens is given short shrift, as is the idea of large medieval gatherings.

This is another of those books which ought to be read by every sincere student of the “Old Religion,” but which will actually only be read by a small percentage. It is too scholarly for most, and flies in the face of the accepted “history” as taught by the dominant traditions and writers. I was forced to reconsider much of what I had been taught.

His treatment of many of the best known authors (Aleister Crowley, Robert Graves, et. al.) may not sit well with the general Pagan population, since he is quite honest in pointing out both strengths and weaknesses.

He is honest enough to include his personal interactions with some of the principals, thus making clear his personal beliefs and biases.

He addresses and evaluates the relationships between many of the most prominent members of the Wiccan movement in Britain during the 1950s and ’60s. His treatment of them is often less than cordial, but it always appears to be fair. Amongst the “names” he looks at are Gerland Gardner, Alex Sanders, Doreen Valiente, the Crowthers, Pickingill and others.

This book presented me with some serious challenges. I came into the Craft in the late 1960s and early ’70s. And I came through the Alexandrian tradition. Consequently, many of Hutton’s observations and assertions cut to the heart of what I had been taught.

The saving grace for me was the fact that my own wide-ranging contacts among Pagan traditions had already exposed me to much of what he had to say. Thus, it wasn’t a shock to see, in a book aimed at the general public, what we Alexandrians had known for years — that Alex Sanders got his basic material from a Gardnerian source, and not from his grandmother as he had claimed.

The Triumph of the Moon is one that is going to have a prominent place on my bookshelf, amid those that I truly value. It should have such a place on the shelf of most Pagan teachers.