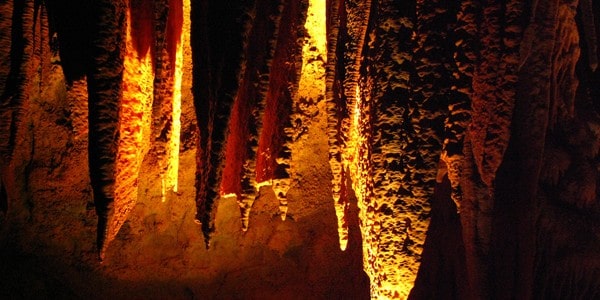 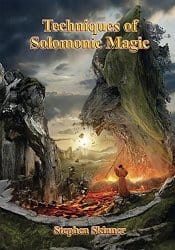 In recent years, occultists have demonstrated renewed interest in classical magick. Thanks in part to books like Aaron Leitch‘s Secrets of the Magickal Grimoires and Jake Stratton-Kent‘s Encyclopedia Goetica, mages have been pulling out obscure grimoires from the dustbins of history and using them to perform magick by invoking, evoking, and conjuring various types of nonphysical entities, including gods, angels, and infernal spirits. Along with the aforementioned authors, Stephen Skinner, working alongside David Rankine and others, has played an important role in the revival, and has coauthored key works including The Veritable Key of Solomon, Sepher Raziel, and The Grimoire of St. Cyprian – Clavis Inferni.

Unlike the books listed above, Skinner’s most recent book, Techniques of Solomonic Magic, is not a grimoire. It differs from the works of Aaron Leitch and Jake Stratton-Kent in that it is aimed primarily at academic researchers, rather than magical practitioners. Nevertheless, the book contains information on the history of Solomonic magick that practicing mages would find useful.

The Clavicula Salomonis, or “Key of Solomon,” is a grimoire that claims to teach the techniques that the biblical figure King Solomon the Wise used to summon, bind, and command spirits. The grimoire provides information on using a combination of consumables, such as incense, nomina magica (magical names, often of Jewish origin), special tools, (the wand, sword, knife, quill, ink, parchment, robe), a ring, which is a special circle intended to protect the mage), and a triangle, usually placed outside the circle, used in the evocation of spirits. This grimoire is the primary source of information from which Skinner draws.

In the author’s words, Techniques of Solomonic Magic sets out to examine “the sources of the magical methods and materials found in European grimoires, specifically the manuscripts of the Clavicula Salomonis. It looks at specific identifiable techniques, diagrams, consumables, nomina magica and implements, and not just generalized themes.” Here, Skinner refers to manuscripts in the plural, because there are actually many different versions of this grimoire, including some which include additional material from other sources. He includes extensive information about the similarities and differences between the various manuscripts.

According to Skinner, the techniques in the medieval Solomonic grimoires are primarily derived from those found in the Greek Magical Papyri (1st – 5th century CE), which are a collection of spells from Egypt, and the Hygromanteia (6th – 10th century CE), a very important Greek Byzantine grimoire. Techniques of Solomonic Magic presents in-depth research that demonstrates the continuity between these grimoires. It also explores the nature of the daemons, the derivation of various spirit names, and the origins of the circle and triangle in Solomonic magick. While I do not have the background to verify all of the author’s conclusions, the arguments presented appear to be sound, and they are based on extensive, well-documented research.

Despite its academic tone, I would recommend this book to anyone with an interest in Solomonic magick. It catalogues a wide range of Solomonic techniques, such as necromancy, skrying, imprisonment of spirits in bottles, treasure finding, obtaining a paredros (familiar spirit), and more. These are sure to be of interest to the practicing mage. Most importantly, it provides much needed context around the Solomonic grimoires.

Some claim that the grimoires contain information that is purposefully misleading, to keep casual dabblers from being able to use them. When one examines any single grimoire on its own, these criticisms may be valid. However, by examining the entire corpus of Solomonic manuscripts, and the full range of tools and techniques associated with them, Skinner provides mages with a key that can be used to fill in missing details and to combine techniques from multiple grimoires into a coherent whole.

His work can also be used as a foundation for mages who wish to innovate and build on traditional Solomonic techniques in ways that are consistent with the source material. For example, while reading the book, I had the idea to create a Solomonic throne, which could be placed inside a greatly simplified circle, but would perform a similar function to the typical Solomonic magical circle when consecrated and empowered.

In conclusion, I believe Techniques of Solomonic Magic should be required reading for all practicing Solomonic mages, as well as anyone who takes a serious interest in the European grimoire tradition. Skinner is to be commended both for his commitment to scholarship, and his dedication to unearthing obscure knowledge, and making that knowledge available in a form that is useful to modern day magical practitioners.