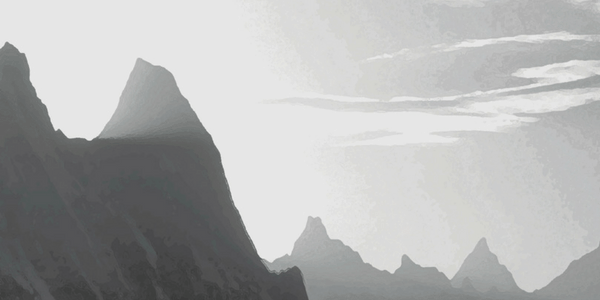 Tales from the Tao: The Wisdom of the Taoist Masters

Taoism is an ancient Chinese philosophy, and sometimes a religion. It’s very grounded in the physical world, and advocates a simple, peaceful, unpretentious way of being. I think it’s a fascinating philosophy that many Pagans would find resonant. If you’ve not read anything Taoist before, Tales from the Tao would be a good place to start, and if you have, it’s still an absolute treat.

This is a gorgeous book (I had a hardback to review), and it’s the sort of book you don’t have to work at. You can just read it, look at it, and let it happen to you. Author Solala Towler has studied eastern philosophy for more than 45 years, and he has a depth of insight — I’ve read other titles of his that make the depth of his study more apparent, but this is an author you can absolutely trust. In this title, he’s presented a set of ancient Taoist stories, sprinkled through with snippets from the Tao Te Ching, and some stories of his own that reflect on the tradition.

What makes this book such a perfect delight is the balance between images and words. John Cleare’s photographs of landscapes and plants are beautiful, and every single one is worth contemplating. The photos are black and white, and on any given two pages, there will be at least one. Sometimes stories are laid over images. Some of the type is white on black, which can be harder to read, but the font size is large enough that I think it should be readable for most people.

This book is very easy to read. There’s a lot of humour, and the morals are gentle. There’s no commentary telling you what you’re supposed to think of each story; you can take what you like from it. Taoism is not a path of hard labour, and there are several stories about students who are trying too hard, trying to be important and clever and basically not getting it. This book is very clear that it exists to be enjoyed, not to be wrestled with.

It’s not easy to talk about the individual stories in detail because most of them are very short, and have some kind of turnaround in them. They don’t always have a conventional “twist,” but there’s often a reframing of things so you change your perspective as a reader. They are teaching tales; there are morals to be extracted, but it isn’t preachy and there’s plenty of room for the reader to come to their own conclusions.

That said, there’s a great deal of wisdom in it, and for anyone interested in Taoism, it has a lot to offer. It gave me a real light bulb moment over working with the Tao Te Ching. Like the narrator of “Ai Tai To, the Ugly Man,” I have “had much trouble in understanding it. It seemed to be written in such a simple yet abstruse fashion that I could make very little sense of it. I knew there was something there for me, but I could not find it.”1 There’s a recurring theme in the Tao Te Ching of doing without doing, and it’s a difficult thing to get your head round, but reading these stories I feel closer to understanding it than I ever have before.

Tales from the Tao itself is an opportunity to do without doing. Read the stories, look at the lovely photos, let it wash over you. Don’t strive, or strain, or try to make logical sense of things, just absorb. Don’t try and be clever about it, just enjoy it. When we can do that — with a book like this or with any other aspect of life — possibilities open up. It’s a quieter, simpler, gentler way of being, very much at odds with the western obsession with hard work.

I heartily recommend Tales from the Tao to anyone interested in Taoism. It’s relevant for any reader exploring teaching tales as a form, and I can recommend it to anyone looking for some easily accessible spiritual inspiration.

Tao of Immortality, by Mantak Chia