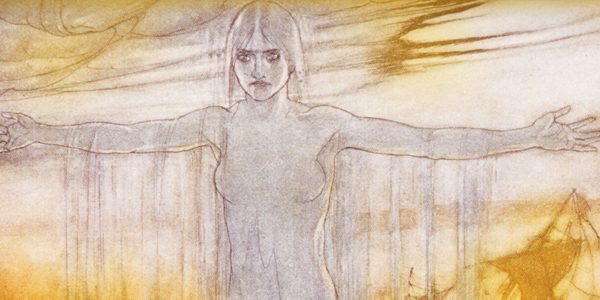 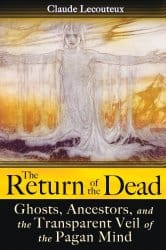 The Return of the Dead: Ghosts, Ancestors, and the Transparent Veil of the Pagan Mind

A former professor of medieval literature and civilization at the Sorbonne, this is Claude Lecouteux’s second book to be translated into English, the first being Witches, Werewolves, and Fairies: Shapeshifters and Astral Doubles in the Middle Ages

, published in 2003 also by Inner Traditions.

is a scholarly survey of pre-Christian beliefs, focusing in particular on legends of revenants in Germanic and Scandinavian folklore.

The balance between Pagan and Christian interpretation of the legends is described thus:

Writing the history of ghosts and revenants in the Middle Ages implies a continuous back and forth between these two elements – folk tradition and Christian tradition – and between the two cultures that have been blended to make the revenant a reality. The interpretatio christiana overlies all the writing and muddies the trail. It is therefore necessary to get past it and not allow it to take any further advantage of us.3

He argues that the “belief in revenants and ghosts possess two roots: the fear of the departed and the stupefaction caused by any abnormal death.”4 and suggests that the dead were often more feared than revered.

Revenants were taken to be a very real phenomena, and their physical existence was as grotesque as it was cumbersome. They were larger than in life, sometimes giant-sized, heavy, and had the ability to pass through dirt as if it were air.

Lecouteux depicts funerary customs and methods for ceasing the activity of vengeful or spiteful dead, as well as the role of the Christian church, the effects on the fertility of the land, and various legends featuring revenants are discussed at length.

describes a fascinating history of the beliefs and practices of pre-Christian Germanic and Scandinavian cultures, and is highly recommended to those interested in thanatology.