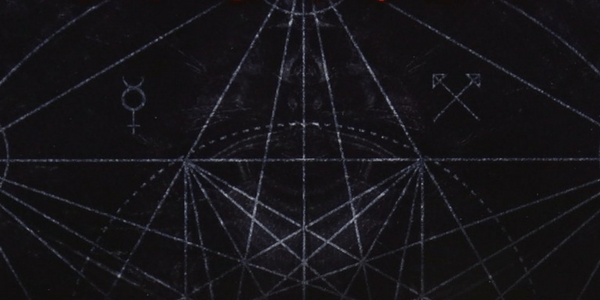 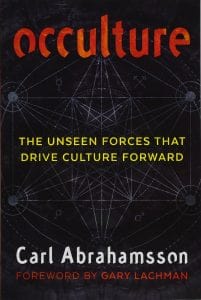 is a collection of essays and lectures from Carl Abrahamsson that sets out to explore places where the magical bleeds into the cultural, influences it, and leaves it both changed and charged.

Abrahamsson has been involved in magick since the ’80s. His biography describes him as a writer, publisher, magico-anthropologist, filmmaker, and photographer. He is the author of a previous collection of essays, Reasonances: Essays, Lectures, Interviews 2000–2013, and the editor of The Fenris Wolf

a yearly anthology of occultural thought.

This collection contains 21 pieces on a range of subjects, from Lebensreform to Pokémon Go, via dreams, zines, memes, and more. At the heart of the book is the way in which art, philosophy, magick, psychology, and the intuition of the inspired individual can come together to create something far greater than the sum of their parts: a counterbalance to a modern society that Abrahamsson sees as hell-bent on divesting itself of all higher meaning.

It is perhaps the final piece that best sums up the themes of the collection. “Intuition as a State of Grace,”  which was originally delivered as a lecture at the Overgarden in Copenhagen in 2014. The lecture focuses on “the conceptual similarities of the creative process involved in art and magic.”1 Abrahamsson looks back to a time in human history when creative expressions — painting, dance, poetry, and more — were imbued with a kind of magical, talismanic intent, a desire to make things happen in the world. He feels that these two ancient aspects of human nature, the creative and the spiritual, have become disentangled and compartmentalized and, in exploring what they have in common, he looks for ways in which they might be reunited.

Abrahamsson lists the similarities he sees between magick and art, from the visionary ability to “trust what you perceive and not what others tell you to perceive,”2 to the use of symbolism and elevated states of mind. Art and magick are both an “externalization of inner processes. New life comes from within and moves outside.”3 Yet, he sees the most important common denominator as intuition, which he describes as, “a temporary freedom from causal bonds and rational thinking that sets inner creativity and happiness free.”4 If we can trust our intuition, and if we can find a way to breathe magick back into our cultural world, we can create “the talismanic art that will literally help save the world as we know it and love it.”5

And Abrahamsson does not just talk the talk. He’s a magician and an artist, as well as a writer. In “The Mega Golem is Alive and Well” (a chapter that was originally published in the magazine Pillars), Abrahamsson’s contempt for a contemporary art world commodified and overrun with “the art-world subspecies phenomenon” of curators — comes to a head as he wonders, “Wouldn’t it be interesting to create art that is intangible and invisible? And that, despite this, moves about and manifests change?”6

Abrahamsson looks back to Gustav Meyrink’s The Golem

and sets about the creation of his own talismanic art, a “Mega Golem,” a “psychic, transdimensional, exquisite corpse [intended as] a counterforce to postmodern intellectualism and commodified, tangible surfaces.” He achieves this through a combination of film, art, and “magically charged texts within the confines of charged music.”7 Other artists are invited to contribute to the Mega Golem’s corpus, and it is birthed through ritualized theatrical performances, given a heartbeat, breath, and the creative force of libido, and then sent off out into the world.

Elsewhere, the collection examines our relationship to and understanding of the moon through mythology, religion, art, and science; Abrahamsson considers Aleister Crowley’s views on gender and transcendence; Carl Jung as mythmaker; and Paul Bowles as an expat magician. In the chapter “The Economy of Magic: There’s No Free Lunch or Free Magical Success,” Abrahamsson discusses the dangers of a “smash-and-grab” mentality in the occult world, of a magick made solely of wants, needs, and demands.8 Using the term “magicoin” to discuss the economy of magical practice, Abrahamsson writes, “If we work with spirits or other nontangible, inner forces, we can only go so far with a steady flow of demands — just as with credit cards,”9 and writes that “plus and minus need to add up to zero, in magical operations and in life in general.”10 In our modern culture of “fragmentation and oversaturation,”11 Abrahamsson suggests that the most important magical works might be internal — focused on strengthening the self as opposed to the manifestation of needful thing, noting “It’s always healthier to generate funds than it is to deal with credit.”12

Abrahamsson is eminently readable, his enthusiasm and curiosity contagious. It’s a book to read with a notebook at hand, as the pages are just dripping with good things that encourage the reader both to learn and to do. The story of the Mega Golem was one of the many points throughout this collection when I said to myself, “Ooooh, I could do something like that!” This book left me itching to create. I want to make a zine. I want to make a life-sized mannequin to pal about with. I want to find a way to harness “the invested emotional and imaginative energy”13 of my favourite childhood toy. This isn’t a magical instruction book per se — it isn’t a collection of how-tos or step-by-step guides. Instead, the collection functions to inspire new ways of thinking about art, magick, and the self.

is an inspiring, energizing read.  The pieces are short, yet rich, as each contains its point, but also hints at worlds of knowledge to further explore.  While I don’t think these essays are ideal for the absolute beginner, Abrahamsson usually provides enough background information to allow a less knowledgeable reader access to his subjects, and I have no doubt that a reader with no knowledge of magick who picked up this book would soon find themselves high-tailing it to the nearest library in a lather of curiosity.