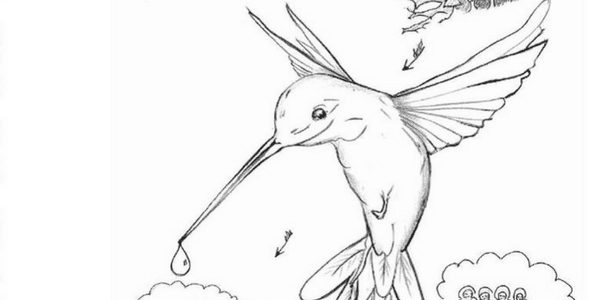 I’m not a storyteller myself, but it’s something I’ve long been interested in. One of the problems storytellers face is that many people assume it’s a thing you do for children, rather than an all-ages activity, and that’s one of the many reasons that The Natural Storyteller

is such a good book — it’s a book for children that demonstrates why storytelling is for everyone. Our pagan ancestors told stories, and storytelling has been an important part of most human cultures. These days, we all too often live in fragmented ways, as passive consumers of amusement. Storytelling is active, a lively engagement with the world and with each other, and author Georgiana Keable makes the case for why we need that in our lives, and why we are much the poorer without it. She also makes the case for the power and importance of ecological storytelling.

The blurb on the back of the book is about children and storytelling, which left me expecting this to be a book for parents and educators, but it isn’t. Once you get inside, and beyond Hugh Lupton’s foreword, this is a book written for children and addressed to them. As an adult, I still found it readable, because there’s nothing condescending in the tone. Much of the advice that is relevant for children who would be storytellers is also relevant to adults, particularly questions of how to source, learn, and present material.

The stories in The Natural Storyteller are numerous and come from around the world. Some are ancient and traditional, some are modern re-workings of old tales, and some are completely new. It’s a really good and diverse mix, which manages to include a vast array of cultures without any issue of appropriation. It’s a really good demonstration of how broad, how ancient, and how integral to human life storytelling is. There are stories about storytelling, too, getting across the idea that we all have stories, and we all have needs that can be met through the sharing of stories. Most of the stories are quite short, which makes them easy for a beginner storyteller to learn. On the whole, the stories are positive and upbeat, although there are some sad ones. There isn’t a lot of violence — these are tales where violence is a problem to be solved, rather than a solution, which I very much liked. The core message is about cooperation, compassion, care, and creative solutions.

One of the reasons I am not a storyteller myself is that I’d never figured out how to practice a story. I wouldn’t want to learn by rote — that’s a lot of work, and seems a bit dry for my tastes. What author Georgiana Keable does, in small commentaries between stories, is to ply the reader with information about how to become a teller. She writes about how to get inside a story and understand it, how to inhabit it and make it your own, how to learn it and express it. She encourages would-be story tellers to really get inside the tales they want to tell, and gives them the tools to do that. It shows that storytelling is more than a feat of memory, it’s about the stories you choose to make part of yourself and how you share them.

Many of the tales in this book capture something of the relationship between human and not-human. The need for balance, care, and respect comes through loud and clear, in traditional and modern stories alike. Part of the reason that modern humans are so destructive is that we have stories of market and economy, of growth and consumption, that let us imagine ourselves as users of the world, not as participants in it. While there are increasing numbers of voices speaking up against this, that kind of activism is hard work and often exhausting. Sometimes we can get the message across more effectively by telling stories, and by re-storying our culture with tales that help us form healthier relationships with the world we live in. This book offers many such stories, and opens the door to even more — the stories we need now are often old stories that we have let go of.

I think The Natural Storyteller is a brilliant book for young people, but it doesn’t end there. Anyone interested in storytelling as an art form, but doesn’t know how to get started, would find this an excellent place to begin. I can very much recommended it for anyone starting down the Bard path, and anyone interested in finding emotionally sustainable approaches to activism. It’s an uplifting read that will leave you with a sense of possibility and optimism — something I think we could all do with right now.