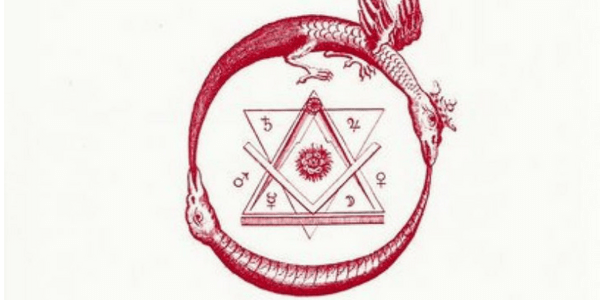 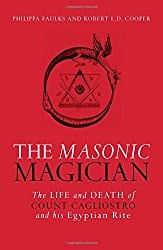 The occult world, filled with mystery and intrigue, easily becomes a field of fertile ground for the most sensational charlatans to rise to fame. The Masonic Magician: The Life and Death of Count Cagliostro and His Egyptian Rite, by Philipa Faulks and Robert L.D. Cooper, cracks open the vault of history to decipher just who Count Alessandro Cagliostro was during his scandalous lifetime. Cagliostro remains one of the most notorious Freemasons of the 18th century, who both people of his time and historians have struggled to understand — was he a madman or a revolutionary magical genius? Condemned to die as a heretic, betrayed by his wife, perpetually leaving trails of questions behind him as he travelled through Europe during his enigmatic life with a shadowed past, Cagliostro remains a person of both fantastic admiration and deplorable contempt. The Masonic Magician sets out to portray Cagliostro objectively through taking a wide-view lens in which it explores the life of Cagliostro, origin of Freemasonry, and Cagliostro’s Egyptian Rite of Freemasonry to weave together a fascinating work of insight around such a controversial, veiled subject.

The Masonic Magician is divided into three sections. However, while each section has a theme, the book is a comprehensive compilation of information such that is difficult to summarize each section neatly. It is a challenge to break down each section to a clear description, because Faulks and Cooper have jam packed this book with so much research. The details included in the book are overflowing with insight in regard to a variety of topics such as alchemy, secret Freemason rituals, occult symbolism and the history of the formation of Freemasonry lodges throughout Europe. Each chapter is filled with historical and magical documentation and texts. With the quantity of information and background on topics provided, one can easily lose oneself on a tangent of thought inspired by the material presented. The level of scholarship Faulk and Cooper is noteworthy.

The book begins with an overview of the life of Cagliostro. Using historical documents as reference, a picture is painted for the reader that provides insight into the transitory and widespread reach of Cagliostro’s influence and shadowy background. From London to Brussels to Warsaw, Cagliostro ambulant lifestyle gave him much exposure to a wide variety of spiritual backgrounds. His popularity often put him in the heart of scandal, notably the Affair of the Diamond Necklace that put him at odds with French royalty. Attempting to decipher the difference between the man and myth in Cagliostro’s prominent persona, this book uses a myriad of historical documentation to provide an unbiased, chronicled account of his life. Included is discussion of the much-debated question of whether Cagliostro was really Giuseppe Balsamo, as well text from his documented persecution by the Catholic Church.

The Masonic Magician details how Cagliostro became a well known as a psychic with divine healing abilities, and how that pushed him into the spotlight, much to his chagrin, as this created powerful enemies for him. Faulk and Cooper write, “He was hailed as a marvel… However, his ‘do-gooding’ caused a stir amongst certain jealous nobles who, on witnessing his remarkable healing effects, decided to bring him down a peg or two by setting him up for a very public fall.”1 Cagliostro had a valid reputation as alchemical magician capable of feats that defy human rationalism, but this reputation did not always provide the security that a more obscure life may have permitted. Cagliostro’s association with Freemasonry made him a prime target of the Catholic Church’s wrath ,and it was ultimately the confessions of his longtime companion and wife, Seraphina, that lead to his exile and imprisonment for the rest of his life. Upon his death, the Vatican “could not allow themselves a simple death certificate. They had to drag his name and reputation through the mud one last time — ‘a heretic famous for his wicked ways.’”2 This section concludes by examining conspiracy theories around Cagliostro, such as his association with the Illuminati and also the Jesuits.

The book then switches gears and goes in-depth into the history of Freemasonry. This section goes into immense detail beginning from the formation of Freemasonry with stonemasons to lodges expanding to non-members. From there, it documents initial opening of a Grand Lodge and the spread of lodges through Europe, including a section on the Masonic Convention in Paris where Cagliostro demanded that the Egyptian Rite be accepted. Tracing Freemasonry’s origins back to the Renaissance as a form of hermeticism, once the theory held that Freemasonry was descended from the French Knights Templar fleeing persecution. However, the art of memory is explored as the basis for the Masonic rituals and the Temple of King Solomon, and other Masonic secrets are described, which give the reader insight into the practice and beliefs established within Freemasonry.

The section concludes with a chapter on the persecution of Masons through time, targeting them as scapegoats for those in power. Despite the perpetual misconceptions regarding Freemasonry publicized in campaigns to smear the group, the authors remind us that “Freemasonry exists where tolerance exists. Freemasonry survives where people attempt to understand other people and their cultures. Freemasonry does not exist in places where only one view of the world and how it functions is permitted.”3 Understanding this inclusive aspect of Freemasonry, where people are taught to think for themselves, it becomes obvious why tightly controlled regimes and political groups have remained threatened by the Freemasons through the years.

The final section focuses specifically on the Egyptian Rite and The Masonic Magician is the first book to publish the rite in its entirety. The authors describe how Cagliostro got the original idea for the Egyptian Rite from a booklet in a London bookshop, although it also references that in his childhood, he may have been initiated into the Egyptian mystery traditions. Cagliostro’s desire to help people achieve the Masonic goals of purity and goodness spurred him to create this additional rite of sacred mysticism. Though dubious non-believers feel Cagliostro was out to make money, and some have questioned this stated aim.

The entire translation of the manuscript from the Museum of the Grand Lodge in Scotland is presented, and the reader has access to the preserved rite. Following the translation of the Egyptian Rite, Faulk and Cooper’s final chapter is commentary that reframes and contextualizes it for the reader. The primary aspects of the Egyptian Rite were to initiate the Freemasons into the energy and power of the planets  in order to teach them how to perfect themselves and control the governing deity of each planets. As described, “In our ancestors’ earliest imaginings the planets represented gods or spirits travelling across the sky. Each planet had been associated with different attributes depending on its appearance, movement and the emotions it invoked in the people viewing it. To Cagliostro the whole of existence was underpinned by these seven divine forces represented by the planets.”4 Going into numerology, the significance of the symbols used in the ritual, and meaning of each planet, the authors provide a comprehensive understanding of what Cagliostro was trying to achieve with the Egyptian Rite, which was a pretty grand departure from the traditional rituals of Freemasonry.

Overall, The Masonic Magician is absolutely fascinating. I learned so much about Freemasonry; information that I feel is somewhat inaccessible to the non-initiate. The material Faulks and Cooper present is easy to follow. It is clear that both authors are very well-versed on the subject. The only downside, if you want to see it that way, is that the book is not necessarily an easy read. It took me well over a month to make my way through it, as it is so comprehensive and filled with so much detail that it requires the reader’s full attention. However it is worth taking the time to move through the meticulous writing, and it was quite rewarding.

I recommend this book for anyone with an interested in the occult, particularly how it relates to Freemasonry. Cagliostro used Freemasonry as the vehicle to achieve his goals, his occult powers as a magician, and the influence he had over noteworthy people in the 18th century. The Masonic Magician does a wonderful job of presenting the facts of Cagliostro’s life and allows readers to reach their own conclusions about the character the infamous Count Alessandro Cagliostro.