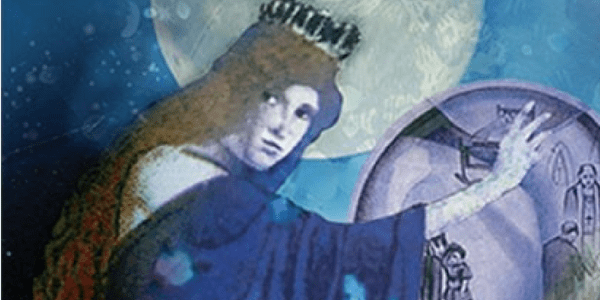 The Lunar Nomad Oracle is the first non-tarot oracle deck that I have ever used.  The deck is based on the Lenormand oracle, traditionally consisting of 36 cards representing 36 different symbols, each with its own unique meaning. As noted in the book accompanying this deck, this system was created in the late 18th century based on a card game called the Game of Hope, and named after a well-known cartomancer from the same period, Mademoiselle Marie Anne Lenormand. Though it is unlikely that Mme. Lenormand herself ever used the cards, that didn’t stop enterprising card makers from using her name.1

The Lunar Nomad Oracle differs from a traditional Lenormand deck in that there are seven additional cards, and the artwork is more richly embellished. The deck comes in a boxed set with the 43 cards and a 160-page booklet.

The cards are larger than a standard tarot deck. They are sturdy, and feel as though they will hold up to many readings. The artwork on the cards is stunning. While based on the traditional Lenormand symbols, they are enriched with a collage of images that not only enhance the original symbol, but help the reader to more deeply connect with each card’s meaning. These images are as well suited to being used as a focus for meditation or creative inspiration as they are for divination. I found myself wanting to take time with the cards, and work my way slowly through the deck, taking in each image. When I went back to the cards a day or so later, I discovered layers of images and symbolism that I’d missed the first time. While the cards spoke to me right away, I know I could spend years getting to know the intricacies of each card and how it relates to the others in the deck. 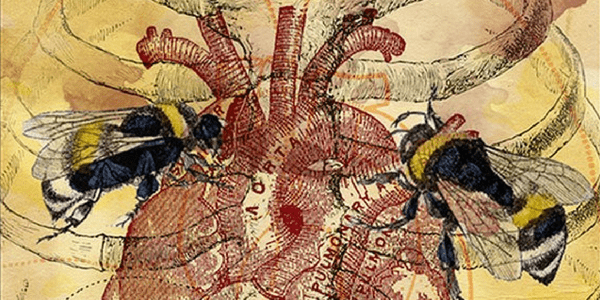 The accompanying book is broken down into three sections. In part one, Shaheen Miro introduces the Lunar Nomad concept of spiritual exploration and how the deck came into being. He also explains why he added seven cards to the Lenormand’s traditional 36.  Part one closes with a short introduction to how to do a simple three-card reading. Part two of the deck is a thorough explanation of each card’s meaning. Miro gives, in delightfully visual prose, an in-depth explanation of each card. With some cards, he also offers suggestions for working further with the concepts and energies of that particular card. He may recommend journal questions to write about, or concepts to meditate with, or simply present some ideas to ponder as you go on with your day. If this seems like a lot, never fear, for each entry begins with a few short words that are a quick reference to the card’s meaning. Part three covers how to use the Lunar Nomad deck as a guide for personal and spiritual development. Miro discusses how to use the cards to connect to the more intuitive side of our personalities, something he calls the “Lunar Self.” In this section, there are also instructions on how to develop your personal connection with and interpretation of each card, information on three- and nine-card spreads, and how to use a storytelling technique for doing readings. Finally, there is a section on using the cards for magical work, as talismans, and daily meditations based on a list of affirmations provided for each card.

Having come from a tarot background and knowing nothing about the Lenormand deck, the Lunar Nomad Oracle is based on, I was a little worried that with only 43 cards, it would be overly simplistic. This is not at all the case with the Lunar Nomad Oracle. With the visual richness of the cards and Miro’s engaging prose and in-depth explanations, there is far more to the oracle deck than I expected. As with the tarot, one could easily spend years getting to know the deck, its intricacies, and the many stories it has to tell.

Even as a beginner to this form of oracle, I felt I was able to connect with the cards and the Lunar Nomad concept right away. Miro’s easy and inviting instructions put me at ease and encouraged me to explore. Whether you are new to oracle decks, a seasoned reader, or just looking for some creative or spiritual inspiration, the Lunar Nomad Oracle is a wonderful tool to aid you.