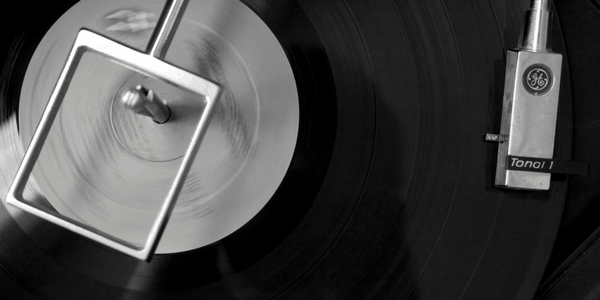 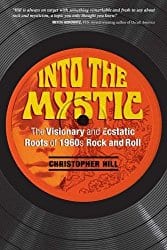 It has long been questioned whether the times shape the music or the music shapes the times. In his book Into The Mystic: The Visionary and Ecstatic Roots of 1960s Rock and Roll, Christopher Hill delves into the interplay of mindset, mood, and music as he goes into fascinating detail about the ways in which the greatest pop musicians of the 1960s were influenced by the spiritual mystics, revolutionary forces, and ecstatic revelation of times passed. Hill uses this inspiration to bring liberation and a new sense of consciousness to the masses, and brilliantly weaves together an intricately thorough and far out visionary perception to reframe our understanding of the vitality that was constellated by the music of the 1960s.

Hill shares with his readers a new understanding of the forces which propelled the popular artists of the ’60s to stardom. He argues that it channelled in a new energy, one too long hidden or unseen in the culture. The foundation laid out by Hill opens a door between past and present where the boundaries are blurred, yet perception remains sharp. Tapping into the creativity of these artists, to where some of the most avant-garde drew their inspiration, quite literally turns on the reader as much as the music did over 50 years ago.

The angle from which Hill approaches the timeless classics of rock and roll provides an understanding of why the music of this transformative era has become everlasting to the soul of nations — specifically America, England and Ireland — serving as a bridge to a new awareness that has continued to influence society through the years. Within Hill’s book lies the secret to the societal remnants of a time when the mythic was reborn through music; an outlet which allowed for the power to stream through, in such a paradigm-altering way, that the music still holds sway over us to this day.

Hill meticulously documents how one of the most radically influential times of music dawned during this era — drawing parallels to the transcendent arts of the past as a source of inspiration for the legendary musical artists of the ’60s. Chapter by chapter, Hill describes the ways in which each popular musical group shaped an entire generation of collective consciousness in their own right. The book is broken down into twelve chapters. There is a thoughtful introduction that places the music within the context of the occult forces which build and destroy societies.

Hill’s introduction allows the reader a quick insight into the discourse of his book:

It is the argument of this book that the 1960s rock-and-roll music is recognizably a school of visionary art… So this book will consider some common interest of the visionary schools that continued as important themes of the 1960s rock and roll. Among these, first and foremost, is the fascination with alterations of consciousness, ecstatic states, mystical experiences and gnosis, as well as a sense of wonder and the numinous.

From here, he dives into the archetypal realm, the political forces unleashed, and the spiritual lives of a generation of listeners. The first chapter, entitled “An Experience of Power,” details the way in which African roots and gospel music set the foreground for the emergence of transcendental rock and roll (for gospel music was one of possession by spirit).

In chapter two, “The Isle is Full of Noise,” Hill describes a post-war Britain, a time of reconstruction which also saw the revitalization of children’s novels and stories. This resurrection of fairy tales, myths, and legends could be injected into the mundane to open new doors of perception. 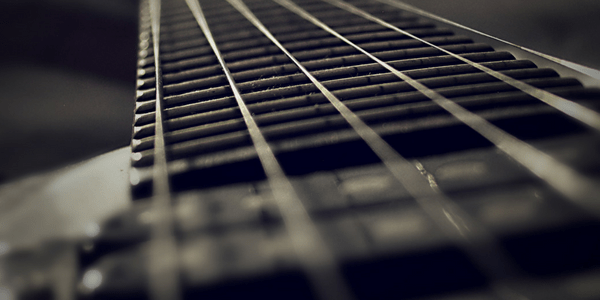 Chapter three, “The Western Rim,” details the story of the epic American West, which has always been an archetypal land of opportunity and promise. From this eternal golden youth mentality, opportunity opened for groups like The Beach Boys to portray the laid back lifestyle of the idealized California teen.

The fourth chapter, “The Chimes of Freedom,” describes Bob Dylan’s coming-to-age out of the folk music of the deep spiritual roots of America. It was this America of spiritualists past that Dylan was tapping into as he created his own vision for a New America, a kind of utopian vision. Hill details Dylan’s journey through the 1960s and the way his music evolved.

Chapter five, “The Vision of the Beloved,” looks at how romantic, and naïve love blossomed in the beginning of the 1960s. Throughout history, love has remained one of the most popular subjects, but in the early part of the decade, the teenage experience of first love was honoured in a new way. Hill writes about Michael Brown’s (of Left Banke) experience of his first time falling in love as akin to Dante’s longing for his muse Beatrice. There is an innocence to this experience, which opens the door for the wills of teenage heartbreak to take centre stage; turning into something melancholic and memorable in the music.

In chapter six, “Earthquake Country,” Hill vividly describes the journey of Grateful Dead’s early works, which created their place in the scene of the 1960s. In describing their mythic approach to music, Hill takes us out beyond the realms of the safety net of reality into an unknown territory meant to shake up the soul. Tapping into this liminal space is ultimately what allows for that push off the edge when taking in the momentum of the Grateful Dead’s early work — the music becomes an initiatory experience in itself. As Hill describes, “it’s a place where it is hard to determine whether you are dreaming or not. But the product of this derangement, as with Rimbaud, is in the end not terror, but beauty.”

Chapter seven, “Saving England,” describes the creation process of The Beatles’ “Sgt. Pepper’s Lonely Hearts Club Band” album. The Beatles were able to find the imaginative landscape hidden in plain sight. By making the ordinary unordinary — through a new lens of perception, often times acid — The Beatles describe the vacillation between the magical and mundane in this album. Detailed is their methodology behind the song placement, for they aimed to reinvigorate something old — their childhood town — into something fresh and new, having had a new understanding.

In chapter eight, “My Name is Called Disturbance,” Hill describes how Mick Jagger and The Rolling Stones became the modern day Lord of Misrule, popularized in festivals of the Middle Ages. During these festivals the rulers became subjects and the subjects become rulers. It was the deformity of the Lord of Misrule that drew to him a power that was different from the traditional method of garnishing strength. This carnival produced unruliness, as did the music streaming from The Rolling Stones during the 1960s, where we are shown a glimpse of what energy could be raised.

Chapter nine, “The Sorrowful Mysteries,” is a description of Van Morrison’s “Astral Weeks” and how it signalled the changing times of the 1960s. The soul, emptied by the frivolous and the once-innocent love, now haunted from a place where the ghosts wanted recognition. Astral Weeks tapped into this deep part of the soul, which cried for a place in the withering decade of psychedelic superficiality, and birthed a musical meditation.

Chapter ten, “The Proverb of Hell,” focuses on Lou Reed, and The Velvet Underground, who brought a sense of dignified perversity to the musical scene. During the release of their four albums, a full cycle can be witnessed. Hill describes each album in terms of the hero’s journey akin to the turning of the Wheel of Fortune; from rise to fall. By facing the darkness, light washes over anew.

Chapter eleven, “The Vision of Childhood,” Hill describes how The Incredible String Band, with the aid of psychedelics, created an atmosphere that valued childhood and the wisdom inherent only to children. By going back to the mindset of a child’s imagination, they open up and reveal a new insight in their music. New meaning could be derived as rigid boundaries of the adult world were washed away with the music.

In chapter twelve, “An Experience of Power,” Hill describes how the band MC5 emerged from the industrialized streets of Detroit to push for the masses to take back the power of the people. While aggressive, the music of MC5 grounded the heady psychedelic ideas of the 1960s. It was considered to be a physical expression and culmination of a decade. 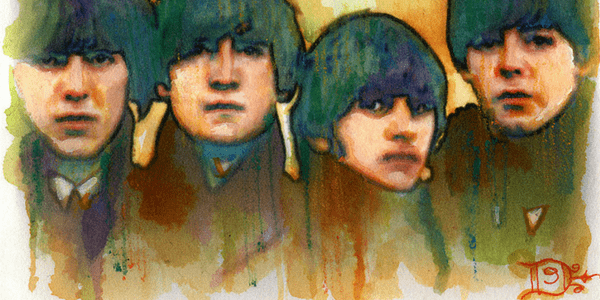 Hill concludes the book with an afterward which describes how it was the music of the 1960s that opened up double sight — the ability to see multiple layers and meaning — to the mainstream. In this sense, the gift of prophecy previously only offered to the poets and mystics became democratized and available to everyone through the forces unleashed by music. Since the 1960s, the idea that there are multiple layers of perceptions (facets for the sublime to creep into the ordinary life) has become an almost assumed way of seeing the world. Yet, it is truly the gift offered by these musical artists that broke down the outmoded doorways, and allowed for the magical and mundane to be interlaid over each other in our current reality.

Into The Mystic is a great read for anyone interested in the music of the 1960s. While Hill does draw parallel to mystical history, most of the book is focused on the music. It describes in detail the musical process with specific references to songs, lead singers, and well-known albums. It would be best to have knowledge of the music of the 1960s before reading the book. Despite having heard the songs countless times, you’ll most likely find yourself wanting to listen to the songs as you read the book, to feel it in a new way. It was a fun experience listening to the music after having read Hill’s take on the influence behind the songs, and the impact of the songs in modern culture.

While there is a sense of cohesiveness to the theme of the book, each chapter takes you into an entirely different place as it is broken down into personalized stories for each band described. There is no real connection between chapters, with the exception of how the chapters loosely build on and play off of each other as reflections and different ways of interpreting the transitory mood of the 1960s.

Overall, I would highly recommend Into The Mystic: The Visionary and Ecstatic Roots of 1960s Rock and Roll to anyone who has both an interest in music and in the transcendental visionary experiences offered by mystical and occult means. Hill offers a liberating perspective that will make you see the songs you know by heart in a brand new life. It truly is a revelation to feel your way through the energy that shifted cultural perceptions. Be prepared to have flashbacks to some trippy times of the past and be blown away by the implications of this music on the doors of perception for our future.