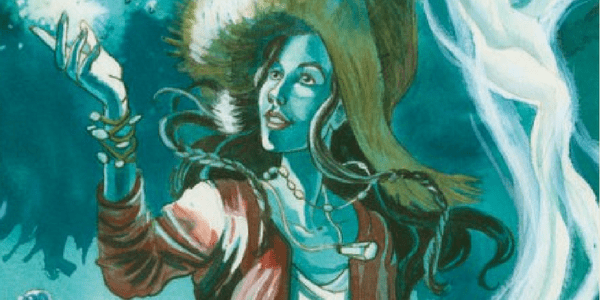 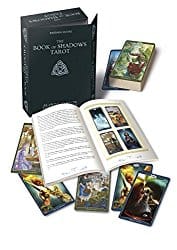 I was intrigued by the Book of Shadows Tarot Complete Kit from Barbara Moore because it offered two separate tarot decks (As Above and So Below) that could work as one, a concept I hadn’t seen intentionally done before. What I found was that this was an interesting concept, but there was a vast learning curve between the two decks.

The kit is composed of two separate decks that can be used together. The outside packaging is very attractive with a black box and holographic Triquetras (a Celtic knot symbol meant to resemble the triple moon) on it with silver writing. To note, the packaging made it  clear the strong Wiccan influence on this deck. The clasp is magnetic and it is made from sturdy cardboard. A very attractive piece. Inside the two decks sit on separate sides with a large, full colour guide book on top of them.

The guide book is paperback and printed on photopaper. It’s very, attractive but it’s not something that you can really carry around with you if either of these decks become your “go to” for reading in your daily life. The book is also the first clue that these decks aren’t quite the same.

Aside from the differences in art, it should be noted that the majority of the book is devoted to explain the As Above side of the deck. Just about every card is given its own page long explanation whereas the So Below deck, the minors share the pages. The So Below side of the book is very standard and easy to navigate with the cards in order. The As Above deck is a bit trickier as the Majors have been reorganized to correspond with the Wiccan belief system they are reflection of.

The back of the book contains a few spreads, some of which were clearly developed for this deck, but also old standbys like the Celtic Cross. The last bit of the book is focused on working with the two decks together. 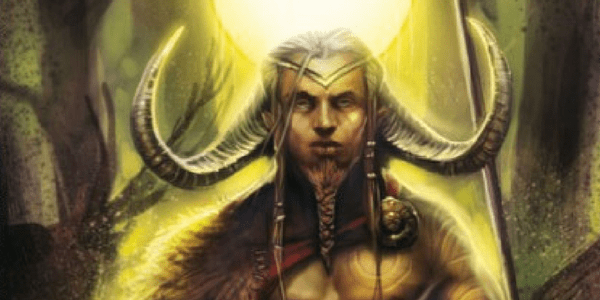 This deck is very, very Wiccan. That needs to be understood right from the door. Unlike the other half of this deck series (discussed below), there’s no avoiding its influence, as the deck was designed for that belief system. If you are not at least passingly familiar with the Wiccan beliefs, this deck probably won’t read well for you. I am familiar with Wicca and tarot and even so, I had some difficulty with it. Reading the guide book to work with these cards is a must.

The major arcana have all been renamed to highlight either Wiccan beliefs or Feast days. These worked well and overall were very thoughtful changes. The Rider Waite Smith (RWS) influence is there and you could still see it somewhat in the cards but it was very faint. In other words, just knowing the RWS deck will not help.

Things go even more off the rails once you hit the minors. All the minors are wrapped up in different aspects of the Wiccan practice. They are divided into elements, each one matching up with some sector of the practice. Fire (wands) is astrology, Air (swords) is divination, Water (chalices) is phases of life, and Earth (pentacles) is nature. Each of these work on various levels of interpretation and understanding. They all mean different things, which adds so many layers to working with these cards.

You can use them for emotions, timing, spiritual effects, etc. They are just very complex but ironically, the court cards are not. Much like in the As Below deck, these cards stand for very simple systems of relationships, which was odd given the complexity of the rest of the deck.

The art in this deck is quite lovely. It’s very soft and fantasy-like, although there were fewer fantasy creatures. The elementals appear through the deck, but the focus is more on the figures who represent different aspects of power and divinity. There is no diversity in this deck, and all figures are white or white-appearing, which is really a shame.

One thing that is very strange about this deck is that there is a card that features Hindu-based imagery, which seems out of place with the overall theme of the deck. It really stuck out to me, as it was the only non-Wiccan belief system represented in the entire deck. It made the lack of diversity even more glaring.

This deck is not for beginners. It is a hard deck to get into and fully understand as it has mostly completely departed from RWS and created its own sort of tradition. If you are Wiccan, even if you’re just starting out on that path, I feel like this deck can be a very powerful tool in learning more about the belief system and working with the practice. 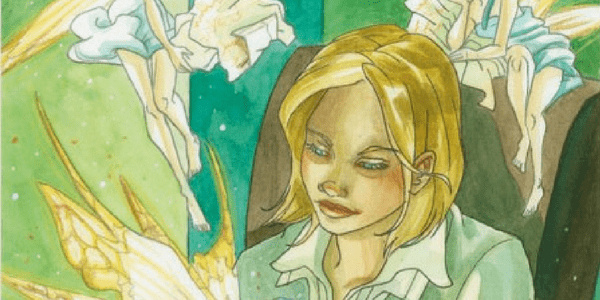 This deck is by far the simpler of the two. The style of the artwork is very graphic in nature, like a comic book. Although the elemental spirits (gnomes, fairies, salamanders, and nymphs) appear on nearly every card, the deck is clearly grounded in the physical world. Even in the major arcana, the scenes reflect everyday life and people. The deck also featured a few diverse characters, which was nice to see.

This deck was very easy to work with. The cards’ meanings were very clear from just glancing at the images. For the most part, it’s a pretty standard retelling of the Rider Waite Smith (RWS) deck. The part where it really deviates in an interesting way is in the court cards.

The court cards usually stand for different people but in this deck they are really stand-ins for different parts of life and relationships. All four cards in each suite follow a sort of mini-journey of one person. We see this person just beginning as a page and then mastering their desires as a king. For example, as the Page of Wands, we see a woman trying to work with the fire elementals; then as a Knight, studying; as a Queen looking for mentorship; and then as a King leading others. All of the court cards are done in this manner.

Despite its interesting take on the court cards, this deck is easy and suitable for beginners. The Wiccan themes are still there, but they are not as overt as they are in the As Above deck (discussed above).

When I read with these cards, my readings were standard and uneventful. They read  much like a standard RWS deck, but I liked them a lot ,because they were so rooted in real life that it was easy to point things out and relate them to the querent. 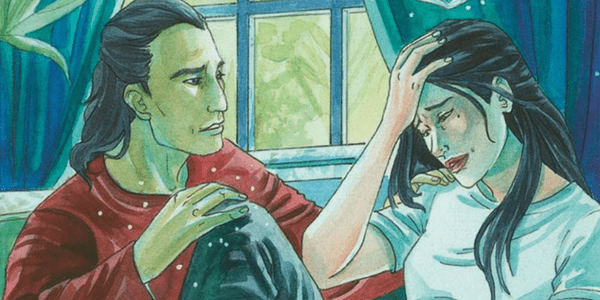 Working with both decks

I did use both decks together by doing a reading twice ,and looking at the reading as the inner and outer struggles and lessons. This system worked well and made for an interesting experience. The reading itself took on deeper meaning, and I would certainly do it again. The downsides for working with the two decks is that there is such a large gap in ease of use between them.

With the So Below deck, I could read that right away with no issues. With the As Above deck, I had to check the book, the meanings weren’t clear and it added a lot of doubt to the readings. I could tell that I did not have enough of a background in the As Above deck to really work with it the way that it called for.

That being said, I could also see how powerful using these two decks could be, as well as how strong the readings could be. Over all, the Book of Shadows Tarot Complete Kit: As Above, So Below has a lot of potential for people who want to spend serious time in the study of this one deck, but unless you’re willing to put in that type of time, this probably won’t be something that can be utilized with ease. The So Below cards are great for beginners, but the As Above deck is more geared for experienced readers looking for a challenge.