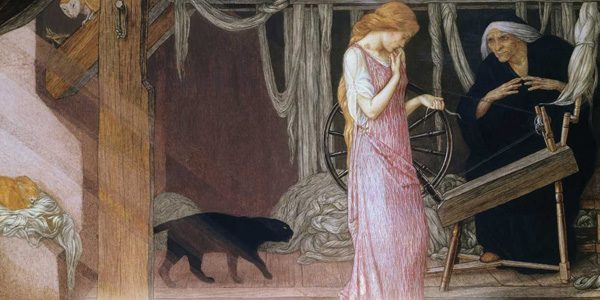 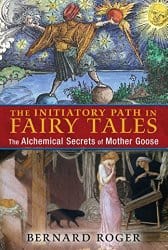 This edition of The Initiatory Path in Fairy Tales: The Alchemical Secrets of Mother Goose is translated by Jon E. Graham from Bernard Roger’s original French, and is an in-depth analysis of more obscure fairy tales. The focus of this book is on the link between these tales as a reflection of Freemasonry, alchemy and its principles.

Bernard Roger (not to be confused with American composer Bernard Rogers) is, according to his biography, “the last of the generation of alchemists who worked directly with Eugene Canseliet, Rene Alleau, and other disciples of Fulcanelli.” This in itself is fascinating.

Fulcanelli was a pseudonym for the late 19th century and early 20th century French alchemist and esoteric author who published the famous Le Mystère Des Cathédrales: Esoteric Interpretation of the Hermetic Symbols of the Great Work. Published in 1926 (after which Fulcanelli disappeared), this book explores the mystery of Europe’s Gothic cathedrals, decoding the hermetic symbols displayed in and on the cathedrals. Using Fulcanelli’s works as a springboard, Roger explores and uncovers the same types of symbolism hidden in plain sight within the most accessible and widely-distributed stories: fairy tales.

Words of caution: if you want an easy read or a simple analysis of your favourite fairy tales, this book may not be for you. If you’ve not read many of the Mother Goose tales (or more obscure tales), if you’ve no knowledge of alchemy, or if your knowledge of Freemasonry is scant, this book will be a slow read, and you may be left wondering what the author means.

However, if you want a book that uncovers new perspectives within lesser-known tales — along with a few more well-known tales thrown in — then this book is for you. More than that, if you’re a fiction writer and need esoteric symbolism threaded through your stories, this book is perfect. It’s packed to overflow with symbols of all sorts, from animals to color to metals. The Initiatory Path in Fairy Tales is wonderful to spark creativity for a retelling or crafting something fresh from scratch.

Transformation is the key to alchemy. So it is in fairy tales. Is it no wonder that classic fairy tales (whether the well-known or obscure) follow this ancient pathway?

In the end, the hero or heroine is always transformed — as is the world and their perspective on the world. The final products, the outcome in alchemy is twofold:  finding the elixir of life (for immortality) and creating the “philosopher’s stone” by transmuting base metals into gold.  Alchemy can be considered a melding of science, spirit, and psychology. This, too, is storytelling at its essence.

Roger’s book is set up in a way such as this. First, there is the explanation of the types of tales themselves,1 the initiation phase (of the hero or reader),2 the stages,3 VITRIOL. and the Paths of VITRIOL4 — which squarely lines up with most of the hero’s journey, and finally focusing on the Light,5 which corresponds to the resurrection, rebirth, and return stages in the hero’s journey.

What is VITRIOL, you ask? I asked the same question, but I could not find what this acronym stood for anywhere within the book. This is perhaps the greatest criticism with regard to The Initiatory Path in Fairy Tales because VITRIOL is the basis for the entire journey, the entire alchemical process. It stands for: Visita Interiora Terrae Rectificando Invenies Occultum Lapidem, which means, “Visit the interior parts of the Earth and by purification of the self, you will find the hidden stone.”  Ah! Once I searched for the acronym and its meaning, the entire section on VITRIOL and the analysis of tales within an alchemical skeleton made complete sense. Without it, the book is a mystery.

At the heart of these tales, at the essence of alchemy, Roger postulates that the Mother Goose tales themselves are an attempt to reconnect with “the Golden Age.” Says Roger’s teacher Fulcanelli of the Mother Goose stories, they “are hermetic narratives in which esoteric truth is combines with the marvelous and legendary décor of… the Golden Age.”6

The Golden Age is a “time when all animals had the power to communicate together, and is also, as Bernard Roger indicates, identical to the first days of human existence, when humanity took the first step on its own path of initiation. Knowledge of this primal language is more commonly known as the language of the birds, and is essential for understanding the hidden meanings within alchemical texts.”7

The most widely distinguishable motif in many of these Mother Goose tales is the Green Bird,8 which symbolizes the hermetic notion of seed and fruit. Not coincidentally, the language of the birds is also known as “the green language,” and it was the secret and perfect language used by the birds to also communicate with the initiated, a basis for alchemy, freemasonry, and fairy tales.

All of these motifs, symbols, and archetypes guide the reader towards one thing: transformation. By reflection and delving deep into oneself, the inner (sacred) fire for which alchemists wish to discover is found. 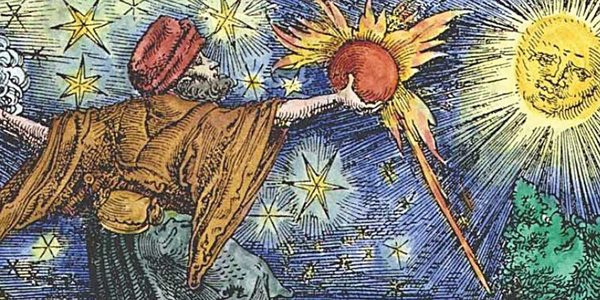 Classic fairy tale collections by the Grimm brothers, Charles Perrault, Hans Christian Anderson, Andrew Lang, Madame d’Aulnoy, and Mother Goose (as well as those cultural tales preserved by other authors) have been collected, preserved, and sugar-coated over time. Original tales were brutal, bloody, and many times with no happy ending in sight. However, just because the happily-ever-after ending was missing, doesn’t mean that the hero or heroine wasn’t transformed, and it also doesn’t mean that the story itself was not a vehicle for transformation.

Just as there are varying versions of tales collected, written, and rewritten by numerous authors, there are all sorts of approaches to fairy tale analysis: Jungian (Marie-Louise von Franz), Freudian, Feminist (Dame Marina Warner), Historical, Literary, Structural based on the narrative, concentrating on character and function (see Vladimir Propp), Spiritual, Cultural, Archetypal, Morphological, Motifs, Aarne-Thompson-Uther classification system, and yes, alchemical as well — although not as frequent. Roger’s Initiatory Path in Fairy Tales is the only straight alchemical analysis I’ve found in one volume (although many articles on the alchemical nature of fairy tales have been published).

The Initiatory Path in Fairy Tales: The Alchemical Secrets of Mother Goose is a fascinating and enlightening keeper for fairy tale fans, students of both literature and alchemy, and fantastic resource for fiction writers.