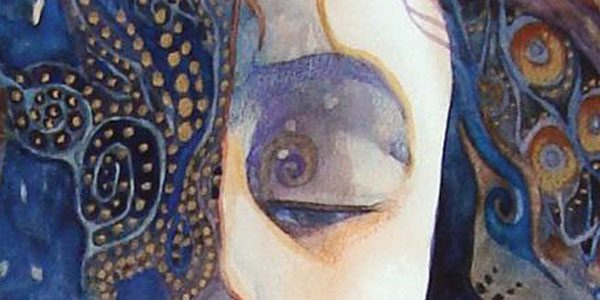 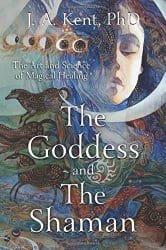 There are plenty of books about Goddess spirituality and plenty more about shamanism, but surprisingly few really get into the places where they overlap — so, as an animist witch, I’ve been looking forward to reading The Goddess and the Shaman: The Art and Science of Magical Healing for a while.

The Goddess and the Shaman turns out to be is a story that begins with the author’s psychic experiences as a child and young adult. With a mainstream, materialist background, she wasn’t sure what to do with these experiences until she started exploring magical cultures (particularly, in her case, ceremonial magick and Wicca, though the book is deeply researched with many references to other traditions). Eventually, this exploration led to a deeper sense of wholeness and purpose in her own life.

Kent also draws on an extensive academic and professional background as a psychotherapist. In fact, the bones of this book started out as a dissertation, and it definitely shows. The writing is dense, with lots of background on why she approaches things from certain angles and what sort of language she uses to describe them.

The central theme of the book is the challenge of reconciling magical experience and practice with a culture of scientific materialism. After telling her own story, the author tells many more about patients who experienced similar transformations. These patients generally came to her with severe physical and mental symptoms that might normally be considered psychosomatic or delusional, and she was able to help them with magical techniques rather than medication.

For example, in one case a woman had a history of psychotic episodes and violence. After learning about the abuse and trauma in her past, Kent taught her to connect with a guardian spirit, which helped her to feel safe enough to start integrating back into society. In another case, a man diagnosed with schizophrenia healed significantly even though her main approach was just to discuss and validate his own perception of his experiences as meaningful.

The last major section begins with a survey of animal psychics, and demonstrates how many people who start out in this field end up playing a variety of shamanic roles. It’s an interesting subject, but feels a bit tacked-on, and in general that’s my biggest qualm about this book. At times, the structure doesn’t make a lot of sense, even for such a broad and creative subject.

Potential readers should also be aware that The Goddess and the Shaman is explicitly not an instructional book, nor is it particularly beginner-friendly. If you’re passionate about contemporary magical culture, holistic health and the role of spiritual practice in psychotherapy, though, it’s a very interesting and well-informed read.