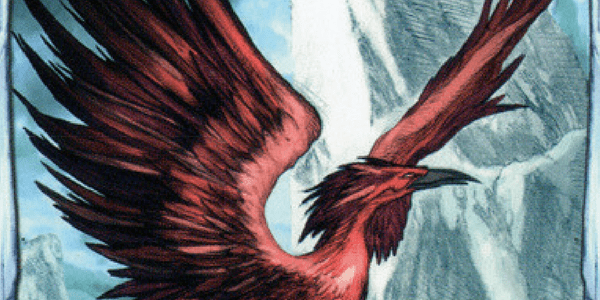 Epic Tarot is a dark deck. Not dark in the sense of goth, or something of that aesthetic. It’s dark in the way that our true thoughts can be dark and, although it is set in a fantasy world, it is a very serious deck. This deck features a full range of emotions from the highest joys to the deepest sorrows. Although it can seem intense, the more I used it, the more I found whimsy and delight in the cards.

Although clearly based on Rider-Waite-Smith (RWS), the cards in the Epic Tarot take a departure from the base material. The structure is the same, but the meanings are a bit different. The deck includes all the standard major and minor arcana, but they are interpreted through the lens of this particular fantasy world. In fact, despite appearing to be a standard little white book (LWB), if you intend to fully understand this deck, you’re going to need the context of it.

The majors start with the Fool and end with the World, as usual. They are untitled but do include numbers. However, right from the start I could see this deck was a bit different with a glance at the Fool and Magician. The Fool looked very serious, their covered face seeming to hold secrets, while the Magician was a plain and open figure on the next card. It was as if these two cards had been reversed. Throughout the majors there are many slight changes that shift the perspective of the card.

The Tower — a card associated with a sort of “divine” and unavoidable change and generally features two figures falling — in this deck, is depicted as a warrior pointing at a, presumably, enemy tower as lighting strikes it. No longer is it divine, it is a man-made disaster and someone is at fault. The Hierophant, generally a pope-like figure who is leading parishioners, is instead shown more like the Magician, who seems to have some secret knowledge and control of the world. Justice, instead of being a seated woman is a gigantic statue, removing any sense of humanity from the card.

Even with the changes, as you explore these images, you can see connections between them. For example, the Tower that is falling could be the tower located in the background of the Lover’s card. The form and shape of the Emperor mirrors that of the Devil. These aren’t disjointed images, they are part of a subtly connected world.

The same style is carried into the minor arcana. Here, there are very marked differences between this deck and RWS. The suits are changed. Instead of pentacles or coins, there are spheres, and in place of wands, there are books. Also, the court cards are represented by fantasy animals. Unicorn for pages, griffin for knights, phoenix for queens, and dragons for kings. The court cards exist outside the narrative of the minor arcana.

Each suite has its own story arc. Placed side to side, you can see a story forming that underlies each of the cards. For example, the sword suit features a woman who appears on multiple cards in different situations. Each suite also takes place in its own location. Books are in a desert, spheres in a forest, swords in the ruins, while chalices are located in a sort of frozen wasteland. All of these background locations can be found in the major arcana.

This is where things get interesting. All of the cards are intimately connected together, which is where the LWB comes in. Both the majors and the minors have been sorted in such a way where they align to certain aspects. The majors all hail to one of six specific “gods,” while the minors are all aligned with one of the four court cards. On top of the base meaning, the cards will also have the sort of energy of the court, or god they align with.

This deck is not for beginners. Readers should be well-acquainted with tarot before they pick it up. Usually when I say this, it’s because of some quirk of the deck that may leave beginner readers frustrated or overwhelmed. That is not the case here. Someone who is just starting with tarot will be unlikely to fully grasp the complexity of this deck.

I did many readings with this deck, and I found that it worked best with multiple card readings rather than single cards. This deck wants to tell a story and does well when you give it space to do so. It seems like it wouldn’t do well as an intuitive deck because there are many cards which have dominant images, but if you review them you begin to see all of these small details which inform a powerful reading.

I would have loved if Epic Tarot came a kit with a full book. I think it deserves that treatment. Still, the accompanying booklet is well-written and gives you what you need to know to use the deck. There is a single six-card spread in the book for readers to get started with.

Overall, the Epic Tarot is a solid deck, but it is best suited for people who are already familiar with the tarot.