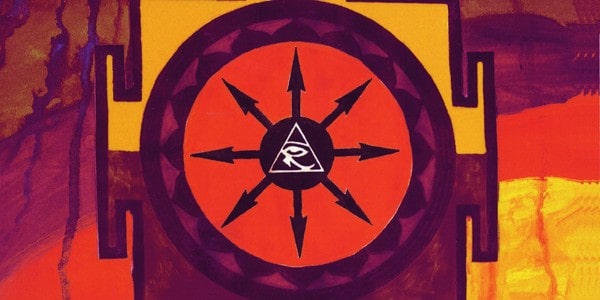 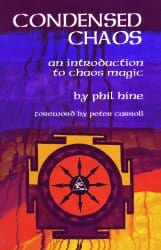 Condensed Chaos opens by describing magick as being about change, not merely the “Magick is the Science and Art of causing Change to occur in conformity with Will” Aleister Crowley spoke of, but a more refined version, describing it more in terms of liberation, saying “Through magic we may come to explore the possibilities of freedom.”1 Then moves into a brief history of chaos magick, from Austin Osman Spare to Crowley to Peter Carroll to Eris and Discordianism, laying the groundwork for chaos magick as we’ve come to know it and how it got that way.

Six “Core Principles of Chaos Magic” are outlined, the first being “Avoidance of Dogmatism,” while somewhat ironic in a list of “core principles” is a common ideal, and indeed few chaotes would contest these points. The fourth principle especially, “Diverse Approaches,” is another reoccurring theme in chaos magick. As Hine sagely notes: “If you use only one magical model, sooner or later the Universe will present you with something that won’t fit your parameters.”2 Though he also recognizes that “Chaos Magick not about discarding all rules and restraints, but the process of discovering the most effective guidelines and disciplines which enable you to effect change in the world.”3

While liberation and freedom are possible, it does not come without possible consequence, as described in the section on dangers and pitfalls. Hine covers many of the possible hazards of magickal practice, detailing what to look out for and what to avoid, adequately preparing the would-be practitioner as much as possible, or at the very least, letting hir know what might be expected, and how to recognize signs of idiocy. Sensibly, he does this before getting into discussion of techniques, and even advises taking breaks as needed.

Instructions are given for servitor creation, programming, launching via various methods as well as practical examples for servitors successfully launched in various workshops and lectures. It contains relatively few straight rituals, mostly suggestions and comments, taking information approach rather than an instruction manual which force feeds information. Hine stresses flexibility without seeming wishy-washy, or being overly ridged, effectively maintaining that fine balance between the two extremes.

One thing that did annoy me was the over-emphasis given on how one appears to others. Adapting yourself to suit others to give in to what they want to see in the hopes that they will perceive greatness in you, while the method may work, why anyone would want to do such a thing in the first place? Pleasing the outside world to please yourself doesn’t sit well with me, perhaps it’s the years of reading Objectivist literature or hanging out with Satanists, but it did made something in me twinge. Fortunately, it’s not a dominating feature in the book, and does stress self-evaluation and trying to maintain an honest view of oneself.