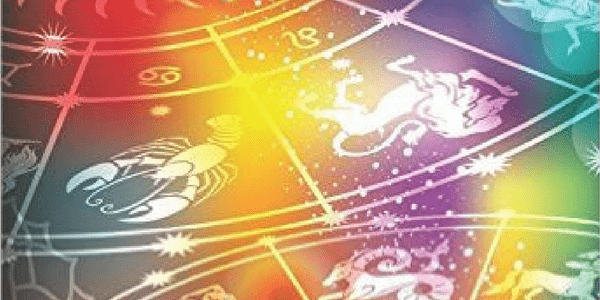 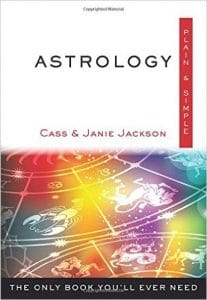 I’m always on the lookout for good introductory books on astrology, so when I saw the title Astrology, Plain & Simple with the tagline “The Only Book You’ll Ever Need,” I got excited.  Introductory astrology texts tend to either be too simplistic, or get too advanced too fast, and unfortunately Astrology, Plain & Simple is no exception.  I would say it is too simplistic as a whole, but tries to be more detailed in a way that it does not have the background for.

“Once you know the Sun signs of your friends and relations, you’ll be able to read them like a book.”1 This line appears on the first page of the book does not fill me with inspiration. Every other astrology book I’ve read — and all the astrologers I know — downplay the singular importance of the sun sign. After all, if the sun signs were so important to someone’s personality there would be no doubt to astrology, but it is a more complicated system and overemphasizing the sun sign does not do astrology, or a person, justice.

The book claims that as long as “you’re not expecting to become Astrologer Royal or to set up in a lucrative business, you’ll find everything you need to know.”2 Unfortunately, I do not believe the book fulfills even that basic need.  It took me less than 15 minutes to read from the very beginning to having completed the entire description of all the signs.  This isn’t to say the information is bad, but the book is very simple.  Unfortunately it tries to be more complex, but lacks the information to actually do it.

Most astrology books explain what each planet in each sign represents, and what each planet in each house means.  But to keep the book “plain and simple” the advice in this book is essentially to think about what the sign represents, think about what the planet represents, and then combine them.  Now on one hand, that is how it works, but on the other, if you’re not familiar with astrology and the meanings you would probably not be able to accurately figure out the interplay of the planets and the signs and the houses.

Unlike most books on astrology, this book suggests drawing your own astrological chart, which is a complicated process.  It describes how to figure out the ascendant, and place the houses, except the book only explains equal sized houses.  Most astrologers use Placidus houses or something similar, but using equal houses is fine.  Except later in the book, the authors mention that sometimes a sign rules two houses, but that only applies to unequal houses, which if the reader didn’t know would confuse them and make a large part of this description useless, if not confusing and problematic.  (If this confuses you, it means you already lack the astrological background to make use of this book, and that is the problem.)

While I’m often on the lookout for simple introductory texts on astrology, unfortunately this book would not be one I recommend, it is too simple, too incomplete, and really not that useful. I would be far more likely to recommend Essential Astrology by Amy Herring,3  The Only Astrology Book You’ll Ever Need by Joanna Martine Woolfolk,4 or The Everything Astrology Book by Trish MacGregor in its place.