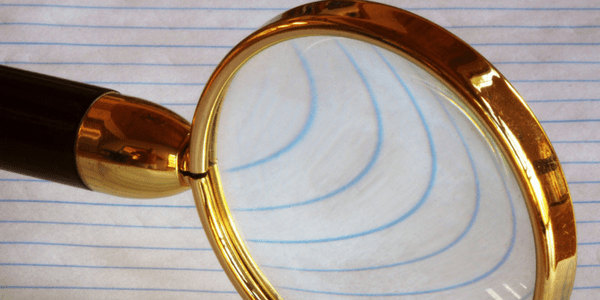 For the past couple of years, I’ve had a Google Alert set for the word “Satanic.”

I created it because I wanted to study how media use the word. Every day, news stories and links containing the word “Satanic” wend their way to my inbox. They range from articles about Salman Rushdie (all of which mention The Satanic Verses) to pieces about Toyota recalls, calling sticky gas pedals “Satanic.”

However, many are articles about crime. Big, gory, violent crime, and petty graffiti depicting pentagrams and other symbols.

A few weeks ago, a news article from the Agence France-Presse news wire described how nine Chilean men in black robes were detained for slitting the throats of several cats in a supposed Satanic ceremony. But the article doesn’t describe the crime in enough detail – nor does it clarify how this instance of animal abuse is connected to Satanism.

In early February, a Brooklyn arsonist was called “Satanic” by local press because he said Satan told him to set the fire that killed five people. Reporters failed to explain (and perhaps comprehend) the difference between Satanism and schizophrenia.

Seventeen years after three teens from West Memphis, Arkansas, were convicted of murdering three young boys in a “Satanic” ritual – despite the fact that there was no sign of actual occult activity — newspapers are still using that adjective to describe the crime. Many believe the former teens were wrongfully convicted because, in a small Southern town, wearing black clothes and listening to Metallica is enough to make locals think you’re capable of murder.

Some Satanists are happy to explain. But reporters rarely, if ever, think to consult them while covering so-called “Satanic” crimes.

“Distortions that circulate about occult groups [include] the ‘Exorcist-Rosemary’s Baby’ view put forth by much of the press and by fundamentalist Christian groups. Witchcraft or occultism are engaged in something fearful, pernicious, illegal and immoral. This image has a long history. It is nourished by the media because it sells,” wrote journalist Margot Adler in Drawing Down the Moon.

In general, occultists know this. However, the general public doesn’t. In part, that misconception comes from television and newspapers. The more the media play up this connection between the occult and violent crime, the stronger the cultural association becomes.

After a while, it becomes a kind of profiling. Unfortunately, it’s a kind of profiling I have seen many occultists embrace. While racial minorities fight similar stereotyping that pegs them as criminals, a significant number of occultists prefer to be viewed as scary or dangerous. Some were guided into their spirituality out of a desire to stand apart from the mainstream. A reputation for trouble only seals that separation.

In A Cop’s Guide to Occult Investigations, Tony Kail describes a boy who isn’t even involved with the occult, but who uses the “dangerous” stereotype to his advantage by carrying a copy of Anton LaVey’s The Satanic Bible: “’I don’t even know what it is about. I just know that it scares people. I used to get beat up by these guys in my class, but ever since I started carrying that book around, nobody messes with me!’ Using the occult as a security blanket is very popular. I have had teachers, parents and even police officers tell me that they were scared to deal with juvenile occultists.”

Kail is one of at least two police officers who have written books debunking the idea that occultists are criminals, and to help police understand what they’re seeing when they enter a crime scene littered with pagan paraphernalia.

In In Pursuit of Satan: The Police and the Occult, Robert Hicks describes how news reporters get their misinformation about so-called occult crimes from police. Police, in turn, learn what they know from seminars — and the information disseminated at those seminars comes from conservative Christian sources.

At the same time, police are discouraged from studying primary sources on the occult, according to Kail. “One law enforcement guide warns: ‘Intense study of resource books and materials by occult sources is hazardous. Preferred is studying overviews and synopses by credible authors who have studied the occult traditions. The unknown realm of the occult beckons with many lures. Study and/or experimentation are to be avoided. There are safer ways to test for poisonous chemicals than by tasting them.’”

In other words, those tasked with enforcing the law, arresting citizens suspected of crimes, and seeing them convicted of those crimes in court, are learning what they know by listening to fundamentalist Christian “experts” – without any balancing perspectives.

That means if a murder happens in a small town, on a full moon, and the police can’t find anyone to pin it on, they may go for the nearest black-clad person wearing a pentagram or carrying a copy of a book by Aleister Crowley. That’s likely what happened to the West Memphis Three, who have spent nearly half their lives in jail (one of them on death row) despite new DNA evidence that absolves them of any association with the crimes.

Some occultists might think it’s fun to “freak the normals,” but such stereotypes can harm those who just want to practice their spirituality quietly, without facing backlash. It can also harm those trying to find work, trying to get into the school of their choice, or trying to avoid problems with the police.

If this were happening to another group — say, African Americans or women — someone would take the situation to the American Civil Liberties Union or another group that protects the public from prejudice. The consequences of profiling, especially police profiling, can be devastating. So why aren’t occult groups, Satanists in particular, doing more to fight back?

Most occultists can’t serve as expert witnesses during trials, or provide consulting to local newspapers or police departments. But they can write letters to news outlets when we see the occult being misrepresented, and they can help fill in the gaps in conversation when they hear any aspect of the occult being explained poorly. They can talk to reporters when vandals paint a pentagram on a church door or a preschool.

There’s a massive amount of public misunderstanding to overcome, and that can seem insurmountable. But doing nothing — or, worse, encouraging the public to associate occultists with danger — risks livelihoods. And freedoms.

Originally published on Plutonica.net on 24 March 2010.