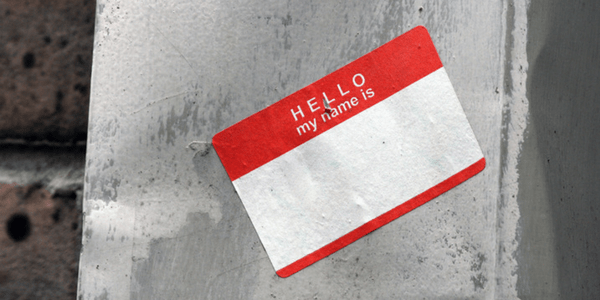 Until relatively recently it was not a common practice to use your given name among strangers; instead a pseudonym was used for public display. It was once widely believed that sorcery and witchcraft could be performed upon a person’s true name in order to control that person or have power over them. The use of given names was reserved for close friends and confidants.

Medieval demonologists believed that to know the true name of a demon was to have power over it. This is a common theme among mystical teachings. Kabbalists are known to seek the mystery of God’s true name, a name believed to hold infinite power and wisdom. The Key of Solomon a medieval book of magick or grimoire contains a listing of the names of angels and demons for use in conjurations and magick.

The belief in the power of names is also common among various cultures. Some Native Americans have two names, one of which is never made public because of the power it would give another person over them. The people of Indonesia may occasionally change their names after they have suffered some misfortunes or have had a serious illness. They believe a new name will confuse the evil spirits that brought them grief. Similar beliefs in the power of names can be found in all parts of the world, from Egypt to Alaska.

The tradition of chanting or repeating divine names has a special place in most religions. For example, in Buddhism, the Tibetan traditions place much emphasis on the chanting of mantras. It is said that the heart opens with constant remembrance of the divine. This idea is known as Zikr in Arabic, a term which means “to remember.” It is thought among many religious practices that when divine names are repeated the chanter becomes closer to the qualities and nature of the divine. In western traditions, many families partake of a naming ceremony or christening ritual upon the birth of a new child.

The sense of personal identity and uniqueness that a name gives us is at the heart of why names seem so important to us as individuals and to our society as a whole. In spite of their importance, though, most people know very little about names and about the effects they have on us in everyday life. In a very real sense, we are consumers of names.

Names are largely overlooked in the modern world as instruments of great spiritual power. However, the mystical power of names to affect change in the universe directly has been a long-standing tradition in ancient wisdom.

What can we learn by examining the mystical significance of names? Perhaps we can come to a better understanding of how names can be used in manifesting our reality.

Jeffry R. Palmer Ph.D. is a metaphysician, Thought Energy Consultant and syndicated columnist, is the author of Judo for the Soul: The Art of Psychic Self Defense, as well as several articles and papers relating to metaphysics, spirituality and paranormal phenomena. Further information about Mr. Palmer, his books and articles can be found at: the-psychic-detective.com.