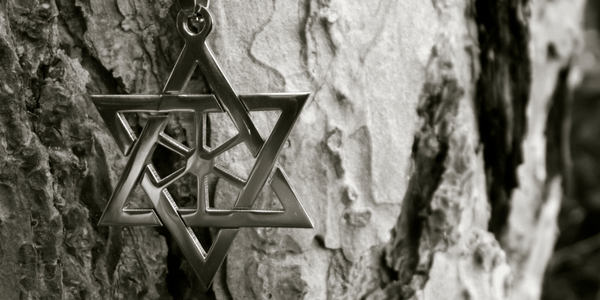 If a chemist from the twentieth century could step into a time-machine and go back two-hundred years he or she would probably feel a deep kinship with the chemists of that time, even though there might be considerable differences in terminology, underlying theory, equipment and so on. Despite this kinship, chemists have not been trapped in the past, and the subject as it is studied today bears little resemblance to the chemistry of two hundred years ago.

Kabbalah has existed for nearly two thousand years, and like any living discipline it has evolved through time, and it continues to evolve. One aspect of this evolution is that it is necessary for living Kabbalists to continually “re-present” what they understand by Kabbalah so that Kabbalah itself continues to live and continues to retain its usefulness to each new generation. If Kabbalists do not do this then it becomes a dead thing, an historical curiosity (as was virtually the case within Judaism by the nineteenth century). These notes were written with that intention: to present one view of Kabbalah as it is currently practised in 1992, so that people who are interested in Kabbalah and want to learn more about it are not limited purely to texts written hundreds or thousands of years ago (or for that matter, modern texts written about texts written hundreds or thousands of years ago). For this reason these notes acknowledge the past, but they do not defer to it. There are many adequate texts for those who wish to understand Kabbalah as it was practised in the past.

These notes have another purpose. The majority of people who are drawn towards Kabbalah are not historians; they are people who want to know enough about it to decide whether they should use it as part of their own personal mystical or magical adventure. There is enough information not only to make that decision, but also to move from theory into practice. I should emphasize that this is only one variation of Kabbalah out of many, and I leave it to others to present their own variants – I make no apology if the material is biased towards a particular point of view.

The word “Kabbalah” means “tradition”. There are many alternative spellings, the two most popular being Kabbalah and Qabalah, but Cabala, Qaballah, Qabala, Kaballa (and so on) are also seen. I made my choice as a result of a poll of the books on my bookcase, not as a result of deep linguistic understanding.

If Kabbalah means “tradition”, then the core of the tradition was the attempt to penetrate the inner meaning of the Bible, which was taken to be the literal (but heavily veiled) word of God. Because the Word was veiled, special techniques were developed to elucidate the true meaning….Kabbalistic theosophy has been deeply influenced by these attempts to find a deep meaning in the Bible.

The earliest documents (~100 – ~1000 A.D.) associated with Kabbalah describe the attempts of “Merkabah” mystics to penetrate the seven halls (Hekaloth) of creation and reach the Merkabah (throne-chariot) of God. These mystics used the familiar methods of shamanism (fasting, repetitious chanting, prayer, posture) to induce trance states in which they literally fought their way past terrible seals and guards to reach an ecstatic state in which they “saw God”. An early and highly influential document (Sepher Yetzirah) appears to have originated during the earlier part of this period.

By the early middle ages further, more theosophical developments had taken place, chiefly a description of “processes” within God, and a highly esoteric view of creation as a process in which God manifests in a series of emanations. This doctrine of the “sephiroth” can be found in a rudimentary form in the “Yetzirah”, but by the time of the publication of the book “Bahir” (12th. century) it had reached a form not too different from the form it takes today. One of most interesting characters from this period was Abraham Abulafia, who believed that God cannot be described or conceptualised using everyday symbols, and used the Hebrew alphabet in intense meditations lasting many hours to reach ecstatic states. Because his abstract letter combinations were used as keys or entry points to altered states of consciousness, failure to carry through the manipulations correctly could have a drastic effect on the Kabbalist. In “Major Trends in Jewish Mysticism” Scholem includes a long extract of one such experiment made by one of Abulafia’s students – it has a deep ring of truth about it.

Probably the most influential Kabbalistic document, the “Sepher ha Zohar”, was published by Moses de Leon, a Spanish Jew, in the latter half of the thirteenth century. The “Zohar” is a series of separate documents covering a wide range of subjects, from a verse-by-verse esoteric commentary on the Pentateuch, to highly theosophical descriptions of processes within God. The “Zohar” has been widely read and was highly influential within mainstream Judaism.

A later development in Kabbalah was the Safed school of mystics headed by Moses Cordovero and Isaac Luria. Luria was a highly charismatic leader who exercised almost total control over the life of the school, and has passed into history as something of a saint. Emphasis was placed on living in the world and bringing the consciousness of God through *into* the world in a practical way. Practices were largely devotional.

Throughout the sixteenth and seventeenth centuries Judaism as a whole was heavily influenced by Kabbalah, but by the beginning of this century a Jewish writer was able to dismiss it as an historical curiosity. Jewish Kabbalah has vast literature which is almost entirely untranslated into English.

A development which took place almost synchronously with Jewish Kabbalah was its adoption by many Christian mystics, magicians and philosophers. Renaissance philosophers such as Pico della Mirandola were familiar with Kabbalah and mixed it with gnosticism, pythagoreanism, neo-platonism and hermeticism to form a snowball which continued to pick up traditions as it rolled down the centuries. It is probably accurate to say that from the Renaissance on, virtually all European occult philosophers and magicians of note had a working knowledge of Kabbalah.

It is not clear how Kabbalah was involved in the propagation of ritual magical techniques, or whether it *was* involved, or whether the ritual techniques were preserved in parallel within Judaism, but it is an undeniable fact that the most influential documents appear to have a Jewish origin. The most important medieval magical text is the “Key of Solomon”, and it contains the elements of classic ritual magic – names of power, the magic circle, ritual implements, consecration, evocation of spirits etc. No-one knows how old it is, but there is a reasonable suspicion that its contents preserve techniques which might well date back to Solomon.

The combination of non-Jewish Kabbalah and ritual magic has been kept alive outside Judaism until the present day, although it has been heavily adulterated at times by hermeticism, gnosticism, neo-platonism, pythagoreanism, rosicrucianism, christianity, tantra and so on. The most important “modern” influences are the French magician Eliphas Levi, and the English “Order of the Golden Dawn”. At least two members of the G.D. (S.L. Mathers and A.E. Waite) were knowledgeable Kabbalists, and three G. D. members have popularized Kabbalah – Aleister Crowley, Israel Regardie, and Dion Fortune. Dion Fortune’s “Inner Light” has also produced a number of authors: Gareth Knight, William Butler, and William Gray.

An unfortunate side effect of the G.D is that while Kabbalah was an important part of its “Knowledge Lectures”, surviving G.D. rituals are a syncretist hodge-podge of symbolism in which Kabbalah plays a minor or nominal role, and this has led to Kabbalah being seen by many modern occultists as more of a theoretical and intellectual discipline, rather than a potent and self-contained mystical and magical system in its own right.

Some of the originators of modern witchcraft drew heavily on medieval ritual and Kabbalah for inspiration, and it is not unusual to find witches teaching some form of Kabbalah, although it is generally even less well integrated into practical technique than in the case of the G.D.

The Kabbalistic tradition described in the notes derives principally from Dion Fortune, but has been substantially developed over the past 30 years. I would like to thank M.S. and the T.S.H.U. for all the fun.

The author grants the right to copy and distribute these Notes provided they remain unmodified and original authorship and copyright is retained. The author retains both the right and intention to modify and extend these Notes.