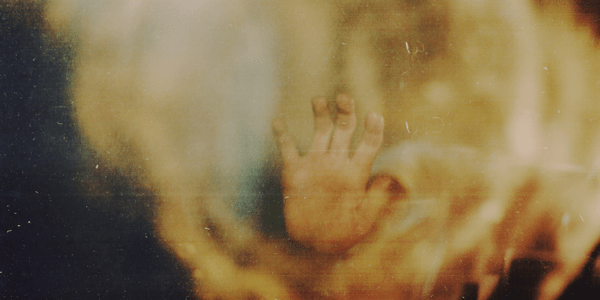 Astral projection (OOBE, out of the body experience) is a popular area of occult literature; for travelling to see other worlds and places while the physical body sleeps or is entranced is an exciting notion. Astral projection is not dangerous. It is as safe as sleeping. Most dreams are probably unconscious astral projections, anyway. Although there has been quite a bit written on the subject, astral projection is difficult for many people. The main difficulty is the tendency to forget dream consciousness upon awakening. Accordingly, the successful practice of astral projection requires work.

Modern psychology discounts the idea of actual OOBE (that the spirit temporarily vacates the physical body). However, the idea is very ancient. The Tibetans have an entire system of yoga (dream yoga) based upon astral projection. And here we have an important assumption: you are involved in an OOBE (at least to a degree) whenever you dream. What sets it apart from a full OOBE is your hazy consciousness during the experience and poor recall afterwards. Many people forget most of their dreams completely. Learning astral projection requires a kind of inner mental clarity and alertness.

Dreams are a door to the subconscious which can be used for psychological and spiritual insight, and sometimes for precognition. Dream content is influenced by external sounds and sensations. For example, a loud external noise (such as a train) will likely appear in your dream (if it doesn’t wake you up!). Dreams are also influenced by events of the previous day, by your moods, and by suggestion. Everyone normally dreams 4 or 5 times a night (about every 2 hours). The longest dreams occur in the morning. Everyone dreams. You are more likely to remember the details of your dream when you first wake up. By keeping a dream diary you will improve dream recall. Have writing equipment or a tape recorder at your bedside for this purpose; also a light which isn’t too bright. Suggest to yourself several times before you go to sleep, “I will awaken with the knowledge of a dream.” Then when you do awaken, move quietly (sometimes just turning over drives the idea away). Remember first, then write the dream down, and th en add as many details as possible. The next day check for objective facts and expand if you can (by remembering ‘what happened before that’). Once you start remembering your dreams in this way, it will become easier to do so. (If you are unsuccessful at this, and *really* want to remember your dreams, you could arrange for someone to sit by your bedside all night long with a dim light on. Then when he sees your eyes moving back and forth — rapid eye movements, a sign you are dreaming — he can wake you and ask for a dream report.)

The electrical activity of the brain has been observed and classified with EEG (electroencephalograph) equipment; signals picked up from the scalp by electrodes, then filtered and amplified, drive a graph recorder. Brain activity has been found to produce specific ranges for certain basic states of consciousness, as indicated in ‘hz’ (hertz, or cycles/vibrations per second):

As you can see, some form of physical relaxation is implied in the alpha, theta, and delta consciousness. These states are in fact reached through deep breathing, hypnosis, and other relaxation techniques. OOBE occurs during these states, and delta is probably the most important for it. The problem is really, as we have said, one of maintaining mental awareness and alertness while experiencing these altered states. Experimental subjects hooked to an EEG do not show a discrete change from drowsy to sleep; it is very gradual.

At the threshold between sleep and waking consciousness is a drowsy condition known as the hypnogogic state. OOBE seems to occur during this state, or a variant of it. By careful control of the hypnogogic state (not going beyond it) it is possible to enter OOBE directly.

Most methods of astral projection are methods of conditioning. Some form of trance or altered consciousness is always involved. No one ever projects consciously while fully awake (some may think that they do). Although there are many techniques used to produce an astral projection, they boil down to nine of them. They all sort of overlap.

Although all these techniques may appear straightforward, they all require effort. Astral projection is generally learned.

The astral world is the “ghostland” into which one passes after death. It is sometimes possible to visit with the dead, or you might be called upon to reassure and assist those who have just passed over (died) or those who are consciously projecting for the first time. Many spirits, elementals and ghosts exist in the astral world. The magician should feel comfortable there. Tibetan belief is that through proficiency in OOBE, you no longer need reincarnate after death. The astral world is extremely changeable and subject to your thoughts. Your will can control your movements in the astral world, and if you seem to be going somewhere non-volitionally (‘astral current’) it is probably your true will causing it anyway. You might also experience heightened magical ability while in the astral realm.