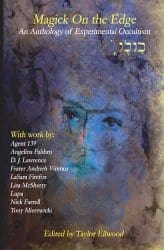 I’m reading Magick on the Edge, ambitiously subtitled “An Anthology of Experimental Occultism.” The quote below from Nick Farrell appears in the first essay, “Experimentation as Magical Path,” which is otherwise quite good at making a decent case for “experimental” magick. (Though isn’t all magick experimental? Isn’t that the point of doing the Work?)

[T]here [is] a type of occultist who believes that it doesn’t matter what you do in magic that “intention is everything”. I am a strong believer in the phrase “the path to hell is paved with good intentions” and think these types of occultists are more dangerous to the experimental magician because everyone thinks that they hold similar, sloppy views.
These occultists often call themselves chaos magicians or repeat Aleister Crowley’s much misunderstood phrase “Do what you will be the whole of the Law,” [sic] as if it gives them a wholesale license to bunk off from doing any work.

In the context of the essay, Farrell is snidely suggesting that chaos magicians practice magick with no understanding or interest in the theory behind it,1 cheerily believing that as long as you want “it,” “it” will happen. I hear this expressed online on occasion, but I’m surprised to read such a misguided sentiment expressed so blatantly in print.2 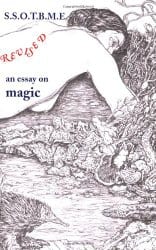 “Intent” forms a central part of any magical working — chaote and otherwise — for, without purpose, what’s the point? And I’ll fess up, in chaos magick, the intentions aren’t always “good” in the Wiccan or Golden Dawn sense of the term, but with the experienced practitioner, they are never sloppy.

Writing under various pseudonyms Lionel Snell pioneered what would come to be the incorporated into the philosophy of chaos magick with S.S.O.T.B.M.E, written as Lemuel Johnstone and, writing as Liz Angerford and Ambrose Lea, Thundersqueak which explored these themes further.

While it’s true that at its most basic chaos magick might be summed up as “doing what works,” this simple statement belies the self-awareness that must be cultivated to fully appreciate what that implies.

Deconstructing the self to understand one’s personal memetic make-up, which symbol sets work, which don’t, exploring new techniques to expand one’s options: these are hallmarks of the chaote’s practice. Chaos magick is results-oriented; it requires an honest appraisal of one’s work and the effects achieved — especially when results are not evident.

It’s ironic that in Farrell’s concern for tarnishing the reputation of “experimental” magicians, he instead directs misinformed jibes at chaotes and Thelemites: this, I think, can be far more dangerous.