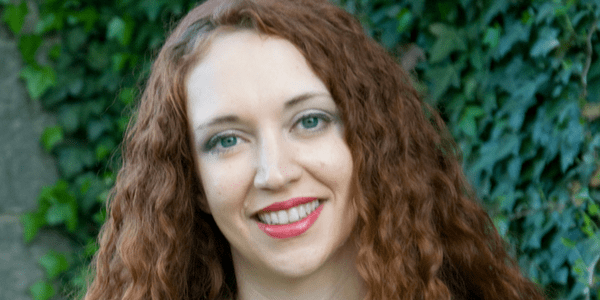 Book reviews aren’t my forté, I love to read, but have a hard time being critical of the effort that someone put into their work. Maybe it’s because I’m a writer myself, but the hours (and hours and hours) of working alone, hoping that you’re cogent, holding back the constant self-doubt is something I’m very familiar with. 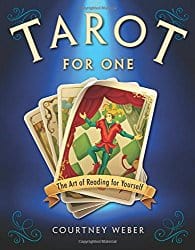 That said, Courtney Weber’s Tarot for One: The Art of Reading for Yourself is a great introduction to tarot, and in spite of its lonely-sounding name, the techniques could just as easily be adapted to do readings for others, too. The largest chunk of the book is used to familiarize the reader with the tarot, the different cards and suits.

Starting with the major arcana, Weber walks you through the journey of the Fool, and the fool in this case, is you. But don’t get hurt feelings over it, in this life, we all start out as the fool, naive and hopeful, teetering on the balance and mostly oblivious. As you go through trial and ordeal, you continue down the journey of 22 cards from Magician to the Devil, and finally to the World at the end (then back to the Fool again).

“I see the major arcana as the ‘spine’ of the tarot,” says Weber. “It’s what differentiates it from other systems of divination. I wanted people to understand the major arcana, and see their own roles in it before working on understanding the minor arcana.”

The other 56 cards constitute the minor arcana, which she breaks out into the court cards and the number or pip cards.

Arthur Edward Waite, who is credited as being one of the early creators of the tarot in its current form felt that the minor arcana were less meaningful than the major cards. “I don’t agree,” she says. “I believe they work strongly together. Yet I do think people have the greatest success when they understand the major arcana, first. When I teach tarot, I start with the major arcana and in subsequent classes branch out into the other sections of the tarot. It’s been very successful.”

A lot of tarot reading is about intuition, especially when you read for yourself. In Tarot for One, Weber lets the reader know that each of the cards does have a meaning, but notes that spending time trying to memorize what every meaning for a card is will hinder the intuitive ability that is the real meat and potatoes of card reading.

One clever exercise for the court cards involves equating the cards with people in your life, or people that you’re familiar with. First you start out with a list of people from your life, past and present, but instead of writing down their names, you write down the roles they play. The example used in the book was instead of an ex-boyfriend’s name, you would write, “the Boyfriend” or “the Lover.” When you have 16 different roles, you then pull out the court cards from your deck and examine them.

“If your King of Wands is a jolly character, maybe you’ll connect him with a boisterous friend,” Weber says in the text. By matching up each of these roles with cards that seem to reflect those traits, you’re creating paths of familiarity that go beyond rote memorization.

But Weber doesn’t stop with just that one exercise, there are a handful of alternative and complimentary methods to really get you to stop thinking in keywords and start thinking in the language of the cards.

It’s in these exercises where the reader begins to understand that not only is Weber an accomplished reader of the tarot, but she’s also a well-versed teacher. She said that she’s been just that for about 10 years, starting with free classes out of her New York apartment.

“My place was tiny, so everyone was crammed on the floor of my living room. Somehow, we all learned something,” she says of her early years.

I felt like I was being patiently guided by the hand by someone who had seen every pitfall, every mistake that a beginner or even moderately well informed practitioner would encounter. The surprising part is finding someone who, at one point, was so devoutly into her former religion that she was known by schoolmates as Catholic Courtney. In fact, when she began her journey with the tarot, which helped her explore a Pagan path more fervently, she was still Catholic. But, she said, there’s no reason that Christians can’t explore the tarot, in fact, there’s no religious requirement when you pick up the cards.
I was curious if, when she started, she had a bit of guilt or even fear about who was talking on the other side, who she was communing with via the cards?

“I can’t really recall being afraid of who am I talking to,” she says. “As a young Catholic, I believed that God could talk through lots of mediums. I was also a firm believer in guardian angels (still am), and just felt like this was a great communication tool.”

There were people who thought she was opening the door to begin possessed, along the lines of something from The Exorcist. “I think that scare was part of its initial allure. I was also cautioned to not let tarot give me a sense of power as that would be evil,” she said.

Nowadays, the evil that she sees as a risk for practitioners is with those who use the tarot to manipulate others.
So now that she’s a Pagan, has written a book about being a priestess to Brigid,1 one of the most popular Celtic goddesses, has her idea of whom she’s communicating with found any more clarity? 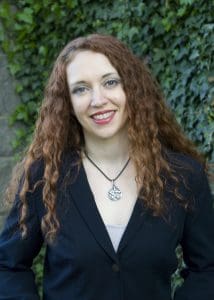 “It’s a mystery, and that’s one of the things I love about it,” Weber says. “No matter how many times I believe that it’s solely people placing their own layers of interpretation around it, the tarot always surprises me with an oracular voice that relays messages that could not have been solely interpretation. I don’t know the source of the tarot’s wisdom, but I deeply feel it’s a combination of personal interpretation and divine message.”

One way that I’ve been interacting with the tarot for years has been to pull a card for myself for the day, occasionally getting into a three card spread representing the past, present and future of my question or problem. Folks with even a passing knowledge of the tarot have seen the massive spreads that incorporate a dozen or more cards, and I wondered what the benefit of using a more intricate system would be in a personal reading.

Weber replies that the more complex your spread is, the more complex of a story it can tell. If you want to get into the minutiae of an issue, the tarot offers the flexibility to go as deeply into it as you would like. Sometimes though, “if we use too many cards in a spread, we can lose the overall meaning because we are bogged down with too many details. I recommend that new readers start slowly in exploring bigger spreads,” she says.

While a large amount of information can be gleaned from a single card, there are some things that you just won’t get. “I like bigger spreads not just for their increased information, but also for looking at the connections between the different cards. I like to see where the characters are looking. Is the Page of Cups looking at the Wheel of Fortune? If so, it may mean there’s a desire to make a large change. Looking at those connections help us not only better interpret deeper meanings, but also understand the meanings of the cards, themselves,” she says.

It’s in trying to dig deeper to find meaning in our lives that the real value of the tarot comes through. Weber mentioned seeing people on the subway reading their bibles, Qur’an or Torah and she sees the tarot in the same light, as a tool for personal reflection. As Weber says, “Tarot is one tool that many people, Pagan or not, use in the same way–trying to make sense of our existence and live it to the best of our abilities.”