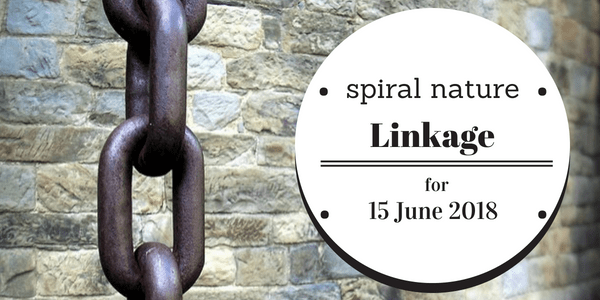 An in-depth look at the Heptagram Rite.

Gematria is complicated, right? Here’s a breakdown of a few of the permutations.

Keeping notes on your divinatory and magical work is important. For more on this, see “Why you should keep a magical journal” by Michael Reese.

Magick is going mainstream, and you know what? I’m ok with that.

Then again, not everyone is into dabblers.

Are you a deck collector? If so, Jack of Wands says that’s ok. Which is good. Because I’m approaching a hundred tarot and oracle decks, and I wasn’t sure it was healthy. But now I’ve been validated. So.

Are plants conscious? If so, what does that mean for us?

Who gets to decide what Hellenism is and is not? And what counts?

Strategies for dealing with those who are skeptical of your religious beliefs.

I’m so here for goth witches owning it.

Valerie Walker (1938-2018), aka Veedub, has passed away, and Storm Faerywolf has written a lovely tribute to her life and influence. She was a member of the Feri tradition, but I knew her (virtually) through the z(cluster). She will be missed.

Want to help out by binding your oppressors? Check out this binding ritual provided by Magic Resistance Canada.

The Ordo Templi Orientis has a problem with gender disparity, sexual harassment, and rape, and Brandy Williams has kindly outlined ways to address and correct these problems.

On a related note, the wreck of Boleskine House, on Loch Ness, is under threat.

The brief documentary about Sabrina Scott, Sabrina the Millennial Witch, is amazing, and you should watch it. You should probably also get her book, witchbody, which we reviewed last year. It’s already in, what, it’s fourth printing?

Emilee Petersmark reimagines the signs of the zodiac as goddesses, and the results are inspiring.

Speaking of art, the photographs of William Mortensen (1897-1965) will be featured at this year’s Dark Mofo festival in Hobart, Tasmania, Australia as part of curator Brenden Walls’ Invisible House exhibition at the Salamanca Arts Centre, and will run 13-24 June 2018. Is anyone interested in covering this for Spiral Nature Magazine? If so, please get in touch. We pay!

Strange Angel is a new television show that centres on the life of the occultist Jack Parsons, and early reviews sound intriguing. Have you seen it yet? What do you think?

A review of The Hedge Druid’s Craft.

A review of The Immortals.

See above. We’d love for someone to review or otherwise cover the William Mortensen exhibit in Australia. Deadline: 20 June 2018. Payment: $10

The saint formerly known as Saint Anthony, the Catholic patron of lost things, has stepped down from his position. Or been excommunicated. Either way, you’ve got to ask someone else to help you find your housekeys next time they go missing.