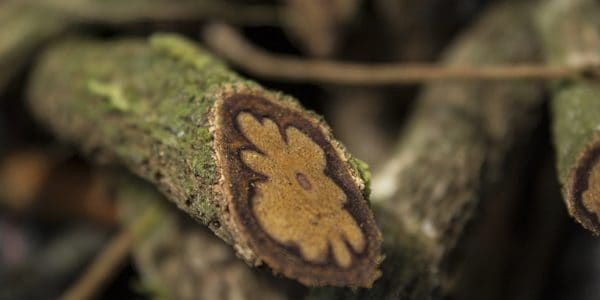 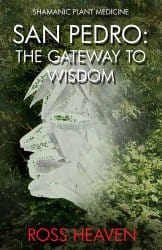 Shamanism is a path rich in effective healing modalities, some of which are soul retrieval, journeying, extractions, illuminations, depossession, and plant medicine. Of all, it’s safe to say that plant medicine is the most mysterious to Westerners and the one viewed with the most apprehension, due to inaccessibility of the plants — however, not San Pedro, as we will see — unfavourable laws, and a perception fostered by Western governments and medical establishment that they are harmful.

Ross Heaven, the author of San Pedro: The Gateway to Wisdom, informs us that these misconceptions are just plain wrong. Heaven has spent his shamanic career working with plant medicines; penning three other books in Moon Book’s Shamanic Plant Medicine series on ayahuasca, salvia divinorum, and sacred mushrooms; and five other additional books on plant medicine. He leads workshops on plant medicine in Europe and Peru, and has learned from and worked with Indigenous shamans. I was astounded to learn that he works with La Gringa in Cuzco, Peru, the same shaman who led my group’s San Pedro ceremony when I visited in 2011. Synchronicity strikes again!

Knowing you are working with an authentic plant medicine shaman is critical because these are not recreational plants; that cannot be stressed enough. They have extraordinary ability to heal the body, mind, and soul, and must be respected, handled and related with in ways that facilitate their powerful medicine — mescaline, in the case of San Pedro. Yet, as Heaven points out, there is far less reason to fear them, if at all, than Western pharmaceuticals and medical procedures. He provides statistics and sources that back up that claim; endnotes are provided so you can track down that research.

Heaven begins with a short history of how the San Pedro cactus, or huachuma, its original Peruvian name, has been used in ceremonies there for thousands of years, and how these ceremonies had to go underground after the invasion of the Conquistadors. They continued to be handed down in secret night ceremonies, and slowly resurfaced in modern times as the daytime ceremonies they originally were. He describes how a modern ceremony is performed and what one can expect before, during, and after.

Included in the book are a number of “healing stories” that illustrate the effects of the medicine, its teachings.  It should be noted that each shaman has his or her own particular brew and everyone is affected by it differently, “The medicine that results says more about the shaman’s dedication, connection to the plant, prayers that have been made over it and good intentions put into it than any chemical process that takes place in the cooking pot,” says Heaven.1

San Pedro works by inducing visions, often consisting of intense colours and sensations. To the invariably asked question when the word “vision” is used, whether they are real or hallucinatory, Heaven responds:

Shamans see no such division. They believe that the information given to us by San Pedro…is as valid (or more so) than that received from ordinary perception and thought. …the visions and insights gained from the plant are there to inform our everyday behavior in the ‘real world’ so we can make changes, heal, or do what is necessary to enhance our lives…the curandero [plant medicine shaman], in his healing rituals, seeks to find unity and balance in the interactions between all the forces of the world…2

I first heard about San Pedro from my shamanic teacher who called it “the grandmother plant,” because of its gentleness compared to ayahuasca. San Pedro is said to have a sweeter medicine. Heaven informs us you can grow it outdoors yourself if you live in central and north America, and some Mediterranean countries. It can be grown indoors in the UK. It’s grown and sold in garden centers perfectly legally; processing it and intending to use it as a medicine is where the legal murkiness comes in. Heaven devotes a chapter to discussing that.

Elsewhere in the book you will find a basic recipe for making it at home (which I was very surprised to see), but Heaven strongly advocates caution in doing so because of the legal issues surrounding the use of mescaline in most countries. He goes on to say, “I would not recommend that anyone reads this book [and then] think they can hold a ceremony of their own as a guide for other people…Instead, concentrate on building a strong core in yourself through your own work with San Pedro and if you discover that you are truly drawn to ceremonial work, find a shaman you can apprentice with.” ((p. 35))

San Pedro: The Gateway to Wisdom is a much-needed guide to this master plant teacher. The book provides practical information about it while delineating necessary cautions, and it gives the prospective patient the ability to make an informed choice, something necessary before taking any medicine. Reading it will be well worth your time before engaging with San Pedro.