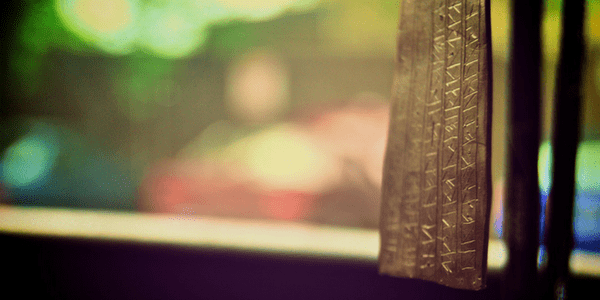 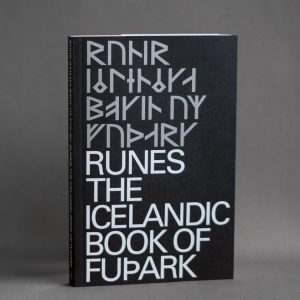 Once again, the Icelandic Magic Company has hit one out of the park. This time with a work of scholarship by the emerging Icelandic academic and poet, Teresa Drofn Freysdottir Njardvik. Simply put, Runes: The Icelandic Book of Futhark is the best and most complete contemporary resource on runes available in the English language. If you are in the English-speaking world and looking to learn about Nordic runes, look no further. You have found exactly what you need.

For those who are new to the world of Nordic runes, a small introduction may be necessary. I hope that the cognoscenti will bear with me and forgive any over-generalizations that I make. A runic script is referred to as a “futhark,” a word which encompasses the first six runes — fehu, uruz, thurisaz, ansuz, raido, and kenaz. (Just as our own script, “alphabet,” is word which encompasses the first two letters, alpha and beta.) The oldest and most commonly recognized runic script is the Elder Futhark, which is what you will find, for example, if you order a set of runestones.

Like any script, the Elder Futhark changed over time. The most commonly known set of changes is known as the Younger Futhark, which reduced the number of letters from 24 to 16. There was also the Anglo-Frisian Futhark, which had 33 letters and still really deserves a study of its own. Finally, there was the Icelandic Futhark, which grew again to 24 letters, and remained in popular use into the 1700s.

Njardvik gives us the Elder, Younger, and Icelandic Futharks in a clear and readable format. For each rune, there is a large facing page illustration, which also has smaller images of alternate forms of the rune. On the main page is the rune’s name, its translation (for example, fehu, which means “wealth”), and a brief list of other associations with the rune (to continue the example, “profit, prosperity, money, power”). This is followed by a paragraph discussing the rune in its historical context and both potentially positive and negative meanings associated with the rune: “Fehu can thus signify happiness or success as much as unhappiness and greed or worries.”1

Each main page ends with a rune poem, some Old English, some Old Norse, and some Old Icelandic (in modern English translation). The rune poems, coming from a time when the runes themselves were used for communication, offer the reader a further meditation into to meaning and significance of each individual rune.

The design of the book is beautiful. It has a stark simplicity — blacks and whites, with occasional highlights of silver — which creates a minimalist aesthetic that allows the angular beauty of the runes to speak for themselves, as they should. Each Futhark is clearly labelled, as is each aett (grouping) within each Futhark, so that it is quick and easy to find the rune that you are looking for. Interspersed are reproductions of famous runestone inscriptions, with translations. These elements combine to make a book that is very visually appealing.

This minimalist aesthetic carries on into the content, which is one of the biggest reasons why I argue that Runes: The Icelandic Book of Futhark is the one book on runes that one would ever need. Anyone who has read a plurality of books on the runes and their meanings knows that there is a substantial amount of what might generously be called “individual interpretation,” or might less charitably be called fanciful garbage. Because authors on rune meaning and interpretation seem compelled to place their own individual stamp on the runes, separating original meaning from authorial interpretation — and even more, authorial interpretation based on fact from interpretation based on fancy — becomes a tedious and uncertain exercise. Njardvik, by stripping these layers away and returning to interpretations based on scholarship, creates a minimalist aesthetic of meaning that enhances the symbolic beauty of all three Futharks.

In her introduction to Runes: The Icelandic Book of Futhark, Njardvik asserts a high hope, writing “May this book become a kindle to light that flame of conversation, wisdom, and understanding of runes, so that more may be introduced to their mystery and beauty, uncontorted and in their original meanings.”2 Clearly, this a lofty and laudable goal. Remarkably, it is one which she accomplishes.