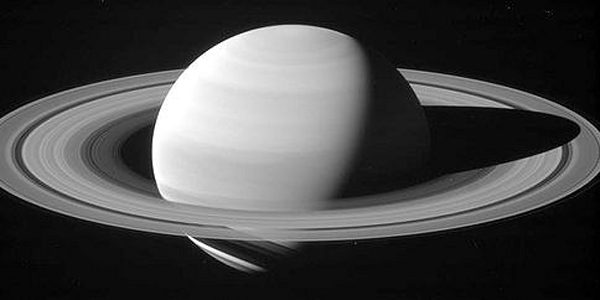 It’s hard to say 25 years later how good of a book Saturn really is. Some books it’s easy to tell how they’ve aged, but this isn’t one of them. My problem in discerning how good the book is stems from the fact that throughout the book, the foreword, the blurb on the back it talks about how revolutionary and ground breaking this book is, yet nothing in it is new to me, in fact every book I have on modern astrology agrees with it. So either this book really was prolific in that sense, or it was overly hyped up.

The basic premise of this work is two-fold: Saturn is this misunderstood force and can be beneficial, and astrology has to be taken out of the realm of dictatorial fate.

Tackling the first part, this “New look at an Old Devil” this is where I have trouble seeing what makes this book special. If it was the first book to engage with Saturn in a positive light, then it has done its job, because all my modern astrology books mention some of the good side of Saturn, and when I was apprenticing my astrology teacher showed me both sides.

The role of Saturn is explored in every sign and every house, as well as how it relates to aspects with each of the planets. The planet section could have been expanded, as a large and general explanation of Saturn-Sun aspects (for example) is given, but there is no distinction between Conjunctions, Oppositions, Trines, or Squares. The same theme seems to be applied to all variations of the Saturn-Planet contact; at best they are divided between Hard and Soft aspects.

The book’s second focus was how Saturn becomes a force for self-growth and freedom, and disengages the idea of fixed destiny. There is part of this concept that really appeals to me, planets compel, not control, and if you know how to work with the more troubling aspects you can turn them to your advantage. While nothing concrete was set down, Greene does do a fair job of explaining the strengths and weaknesses of Saturn in different arrangements in the chart, and a creative mind can learn how to work with this.

For the most part this book was agreeable, though there were points of confusion and annoyance for me. At one point Greene associates Mercury with the number 5, but gives no reason or source for this when it goes against every form of linking numbers and planets I’ve come across thus far. There is also an unfortunately outdated (hopefully) comment about a “disturbing frequency of tenth house Saturns” with queer men,1 which amused me cause most astrologers like to point to the frequency of a personality trait and astrological datum. You won’t see a well-placed Venus and skill at music described as “disturbing frequency.” Though to be fair I’m sure that’s more a reflection of the fact this book was from the 70s.

If this book is what it claimed, then in 25 years it has had a profound impact on modern astrology. That being said the language, format, and content is a bit dated, while more contemporary understandings are available, for those of us with a fondness for source texts this is a good book to grab. If you want to explore and work with your Saturn then this is the text to start with.