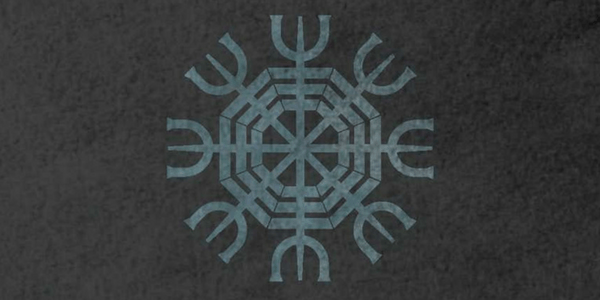 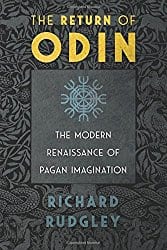 The Return of Odin, which bears a preface entitled “The Gathering Storm,” is bound to occasion a certain amount of nervousness, particularly given the subject matter. That being said, once I completed the book, this title makes perfect sense in its context. In this book, originally published Pagan Resurrection (Arrow, 2007), Richard Rudgley has created something remarkable — a book of great benefit and interest to academics, Heathens, and all those interested in currents of popular culture.

Rudgley takes as his launch point an essay published by Carl Jung in 1936, entitled “Wotan” (Jung’s preferred name for the deity most commonly referred to as Odin).1 Those interested should refer to the essay and Rudgley’s in-depth treatment of it. To put it briefly, Jung argues in his essay that the spirit of Wotan, at once both beneficent and dangerous, had returned to dominate the Germanic zeitgeist, but had been buried and suppressed into the unconscious and was thus turning to its more menacing aspects of frenzy. This unconscious domination helped speed the Nazi seizure of the German imagination and led to the disastrous consequences of the “first Odinic experiment” — as Jung termed it — in other words, the rise of Nazism and the Second World War. Rudgley goes on to quote from a letter that Jung wrote to his friend Miguel Serrano in 1960, in which Jung predicted a second, imminent “Odinic experiment,” this one worldwide, that held the same possibilities of beneficial or disastrous outcome as the first.

This is the background against which Rudgley explores what he terms in his subtitle “the modern renaissance of Pagan imagination” and it forms a fascinating history. He begins with a series of 18th and 19th century German scientists, writers and theorists, following the rise of various hollow-earth and Thulean theories and through the Wandervogel of Germanic youth in the 1920s. It is at this point that Rudgley ventures fearlessly into territory that contemporary heathens have so often avoided: the deep fascination with Nordic and Aryan mysticism that gripped so many members of the Nazi movement, most notoriously Heinrich Himmler and his inner circle.

Rudgley then turns to the “second Odinic experiment,” beginning with J.R.R. Tolkien’s magnificent effort to create an English mythology, rooted in the Nordic material of Tolkien’s academic areas of study. It would have been nice for Rudgley to have spent more time making these connections more explicit, although it is true that many different critics have spent a great deal of ink on this subject, unlike, for example, the theories of physicist and philosopher Karl von Reichenbach or the philogoist Max Muller. Instead, Rudgley turns to American criminals like Charles Manson and Henry Lee Lucas, in what may be the weakest section of the book. He relies on the work of French sociologist Denis Duclos, who attempts to explain America’s fascination with violent crime in Jungian terms. I’m not sure whether Duclos’ theories are weak or if Rudgley is doing the French academic a disservice, but the connections and examples are stretched and contorted far beyond comfort. To cast Odin and Loki as prototypes for American serial killers, while initially seeming like a fascinating idea, simply has no substance.

Happily, Rudgley abandons Duclos and takes up the far more fruitful subject of American right-wing extremist violence. He provides one of the best summations of the militia movement of the 1990s that I have encountered, from The Turner Diaries to Aryan Nations and Ruby Ridge. He explores the origins and growth of the neo-Nazi movement, as well as numerous offshoots. Rudgley provides a capable summary of the strains of neo-Nazism that spread throughout South America, both in terms of the first wave of Nazi emigres and those of subsequent generations. The ideological obsessions of following generations were epitomized by the Chilean author and diplomat, Miguel Serrano, whose “Neo-Nazi fantasies. . . [were] another route by which these ideas reached South America after the war.”2

After having provided a thorough 225 page grounding in the Odinic influences upon 19th and 20th century society, Rudgley finally addresses the rise of explicitly Odinist worship from the 1970s to the modern day in his final section “Visions of the Web.” He discusses the rise of both European and American Heathenry, citing the work of key figures like Ralph Metzner, Brian Bates, and Ivar Halfskjold. Strangely, he ignores other well known authors and leaders like Stephen E. Flowers and Stephen A. McNallen, for reasons that are not clear. Even if the work of these thinkers is not universally accepted, it is surprising to mark their absence in a book that is so thorough in other areas.

Ultimately, with The Return of Odin: The Modern Renaissance of Pagan Imagination, Rudgley brings us to a key question. If Jung was right and we have passed through the disaster of the first Odinic experiment and are facing the second, what direction will we take? Heathenry is on the rise throughout Europe and North America, and it is up to us to determine whether we turn towards universal acceptance or a racist exclusivity. I write this review in a region which features both welcoming Heathen gatherings and Soldiers of Odin on “neighbourhood patrols.” Do we turn towards wisdom or madness?