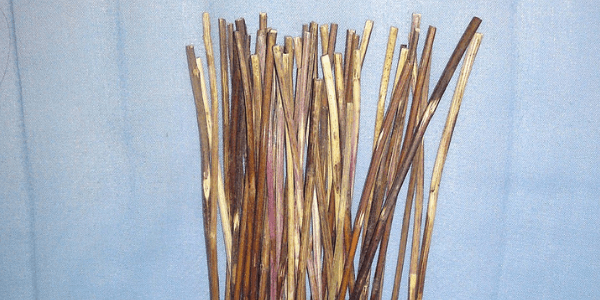 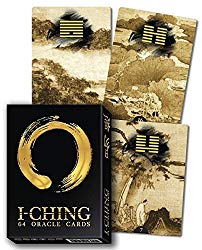 I Ching is a divination system that uses yarrow sticks or coins and a specific text to cast. I Ching Oracle Cards by Lunaea Weatherstone attempts to simplify this system, but in doing so loses the richness that makes I Ching such a compelling and accurate system of divination.

For those unfamiliar with the practice of I Ching, it is a divination system from ancient China . Diviners cast yarrow sticks or three coins a number of times in order to work out which oracle to consult. There are 64 possible hexagrams created by casting an oracle, all of which are found in the Book of Changes. Each hexagram has an overall meaning and each line in that hexagram has its own meaning. The system is very complex and it involves not just a great deal of time to set up, but also repeated readings and interpretations within one reading.

It is not a divination system that one can just walk into as a random reader, and come out with knowledge 15 minutes later. However, this oracle deck seems to want that to be the case. Before that, let’s look at the cards themselves.

The cards are illustrated inspired by classical Chinese, done in relaxing sepia tones. There’s a sense that each piece is part of a larger picture which, in and of itself, is an awesome use of the medium. The images reflect directly on the Book of Changes, as it is these many stories that make one whole.

That being said, the art is still underwhelming. I find I Ching to have incredibly strong visuals, and all of that was lacking in these cards. What’s more, the visuals do not lend any greater understanding or hint as to what the cards themselves mean. They are randomly assigned and, as such, they nothing to the deck. Simply printing the hexagrams and a few keywords would have been better. There is a large ink swash where the hexagram is printed, which obscures the artwork in many cases.

The accompanying guidebook is fairly standard. It is a slim, and holds translations for multiple languages. As I said from the start, this divinatory practice is complex. There are many translations of the Book of Changes, but generally they contain the same information. There is general reading of the hexagram combination and the reading of the lines. Most of this information is missing from this guidebook. Instead, there’s the identification of the hexagram and then a quick paragraph on it.

I did do a few readings with these cards. I practice I Ching for my personal study and I am familiar with how it is read. I found the use of the cards to be confusing and the guide to be of little use. None of my queries were answered at all.

Even as an introduction to I Ching, I don’t think that these would be very useful as they fail to capture the process of a more traditional reading. These cards may work as a sort of topper for reading traditional tarot, a little extra message to ruminate on during a full reading but as a stand alone product, they are very underwhelming.

If someone is looking to get into the I Ching to read for themselves, then I suggest just purchasing I Ching, Plain and Simple: The Only Book You’ll Ever Need by Kim Farnell. It is not a super deep dive into the practice, but it does give a good foundation for learning the basics. If it turns out to be a practice that works for you, you can expand to greater books.

Overall, I Ching Oracle Cards left a lot to be desired. I Ching is not a card-based system, and in transferring it from sortilege to cards, much of what makes this divination system unique and engaging is lost. If the deck were to be advertised more as an I Ching inspired oracle, rather than way to actually read I Ching then this, perhaps, would work better.