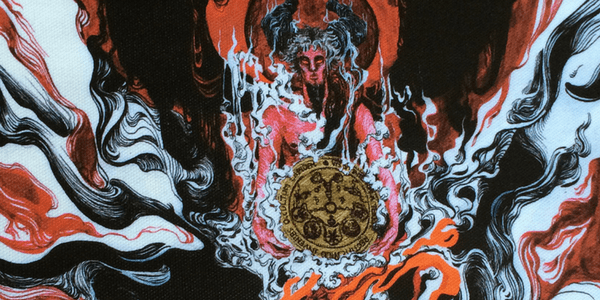 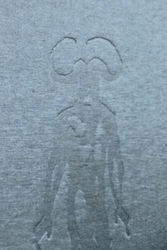 The story of the Devil has been told by many over the years — by those who think they know him and by those who wish they did. The Devil’s Supper begins by inviting the reader to listen to his tale and drink from his cup.

Shani Oates gives a history of primal deities, how in recent times they have been viewed as evil, but that it was not always the case. As an example, she talks about Set and how his actions against Osiris was out of necessity with no intention of evil. Many gods had both negative and positive forces within them and were not seen as intrinsically evil or good. There was no duality as in Christianity. To create and destroy, all things were deemed necessary.

Azazel is another deity who was not truly understood. Made to carry the sins of the people, he was blamed for all the progression in the world including astrology, sciences, navigation, and magick. According to the Book of Enoch, he was bound and sent into the darkness. The interesting thing that Oates points out, is that even though the Jews have a covenant with Yahweh, they also offer a goat to Azazel on their sacred holiday of Yom Kippur. The following quote explains it quite well:

How easy it is to understand why a former god of the luxuriant delta, later associated with the wilderness, the barren regions of contagion, famine and poverty would eventually be demonised, his temples a place of judicial punishment. Even in their casual acceptance of that tutelary spirit, they had blasphemed. Their errant ways had induced an earnest terror of abandonment, of penal torment rising to their first expulsion from Edin. Even as they feared that punishment, they owed their prosperity to that same foreign god, now fallen, neglected, unheeded in the sands of time.1

Christianity also likes to blame all evil acts on a deity — Satan, and their Book of Revelation also has him bound as he waits for judgment. Their Christ is made into a hero, a needed saviour for their Creator. When Islam came on the scene, it also made Satan (Iblis) out to be the cause of all evil.

What is the purpose of the Devil? It depends on the religion. According to Islam, it is to deceive and invite people to sin, and to Christians, he is the source of all that is evil. He is said to be the creator of chaos and the father of lies, the enemy of man and of “god.” Yet just because one believes something is true, doesn’t make it truth.

The Devil has been portrayed as bestial and has been given horns, a forked tail, and a huge phallus. He always has a fearful appearance. This is because people have always de-humanized those they view as enemies to make them inferior and monstrous. It was also believed that the Devil would appear as a beautiful woman or “angel of light” in order to tempt and deceive.

So, what is the Devil’s Supper?

Oates gives a description of what it looked like in the Middle Ages. The Sabbat feast was filled with orgiastic sex, frenzied dancing, apostasy, and all kinds of bodily indulgences. Eating and drinking played a huge part, and so gluttony was considered a sin by the Church. The art of that time displayed violence, sloth, sex, and the enjoyment of food. Carne-val and Saturnalia were important festivals where people expressed themselves and indulged. Even though the Church tried to put an end to these practices, it was through them that the tenets of witchcraft and occultism would be determined in the present day.

Satan was the master of the Sabbat and was said to appear in the form of a stag. The meeting would take place in a dense forest or in a solitary spot on top of a hill where participants would gather around a fire. Oates quotes Margaret Murray who stated that during the Grand Sabbat the god was worshipped in organized rites and incarnate in a man, woman, or animal. That homage should be given to the Devil for the feast he provided.

In the chapter called ‘Demonologies: Textbooks of the Damned’, Oates states that diabolism emerged as a consequence of heresy. During the 12th century, demons were given form and were believed to interact with humans as incubi and succubi. The worst sin was bestiality, and in the Middle Ages, more people were executed for it than they were for witchcraft. Since the Devil was considered the greatest beast of all, there began an investigation into his nature and the nature of demons. It was believed that if people acted like animals when they danced or had sex, they must be possessed by the Devil.

Oates quotes Albert Pike who was the leader of Freemasonry. The date was 1889, and he gives his opinion on the distinction between the Devil and Lucifer, “The Doctrine of Satanism is heresy, whose ministry is to oppose that of Lucifer, the Son of God.”2

I have included this quote not because I agree with it. Definitely not! But because it shows that someone was talking about Satanism 128 years ago. This is very significant when there are those who claim that Satanism didn’t exist until the 1960s.

Over the years, the Devil has been called many nicknames such as Old Scratch, Old Nick, Master Dobbs, and Poor Man. He went from being viewed as evil to an idealistic rebel, the force for change.

Oates explains how traditional beliefs entrenched themselves in superstition and ritual and how they were passed down through the elders. She gives the significance of the number seven and how it is special to many modern practices. She then explains how magick manifests through illusions, so it doesn’t matter if it happens in the mind or through matter.

The reader learns about one of the oldest known published incantations to summon the Devil and how churches were considered summoning grounds. In the United States, the Devil is perceived through an inverse Christian viewpoint, whereas in England, he is born of pre-Christian lore. His disposition comes from forgotten deities of the northern regions. She writes, “His myths resemble dream material.”3

Although the above quote has merit, I must disagree with the author when she states that Satan will always be the obedient and faithful servant of the Creatrix. This idea is based on the Abrahamic tradition and is not the popular view of those who call themselves his followers and who see him as more than just a scapegoat. He is revered as a god in his own right, primordial and a servant to no one.

In the conclusion, Oates discusses numerous topics such as how theologians viewed the Devil, the Cathars, the tyranny of the Catholic Church, the Grail, the witch trials, how customs and traditions survived and what life was like in a time when people did believe that witches could fly.

I recommend The Devil’s Supper for beginners and adepts alike. It is well written, and I couldn’t turn the pages fast enough. It has five appendices, a bibliography, and a list of online resources. It contains beautiful illustrations from many artists including Gustave Dore, Hans Trapp, Van Maele, William Blake, and Holman Hunt. It is beautifully bound and would make a nice addition to any library.