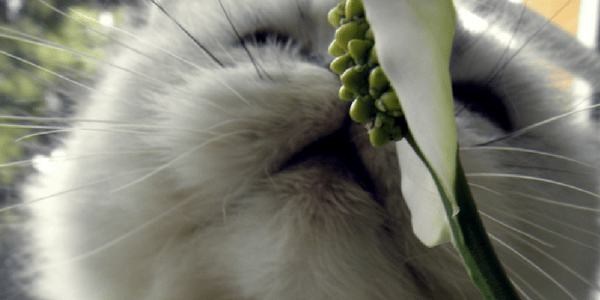 The universe is a projection of ourselves; an image as unreal as that of our faces in a mirror….We cannot affirm any quality in an object as being independent of our sensorium, or as being in itself that which it seems to us. Nor can we assume that what we cognize is more than a partial phantom of its cause.

Your awareness of the physical world and of your place within it is mostly based upon the physical senses (hearing, sight, smell, touch, taste). These five senses continually send information to the mind, and it is up to the mind to select and interpret them. If you could not do so, your senses would overwhelm you and be meaningless. Selection and interpretation of your sensory inputs is essentially an automatic, mostly subconscious function of the mind. The program or map which the subconscious follows as its reference point is called a ‘model’. The model is a subconscious mental photograph of how you believe the world looks (ie. worldview, mindset, egregore, or belief system). It was built up from an early age by your religious and cultural background through interaction with family and others. It contains your experiences, attitudes, and habits. And whether you realize it or not, most of your behaviour, thoughts, feelings, and habits are based upon and conditioned by that model; even personality. The model is one of the mind’s master programs. Change in behaviour generally requires a change in the model. These limitations built into our way of thinking cause our perceptions to be subjective. That is why Hindu philosophy looks upon the world as illusory (maya); the world itself (object) is not an illusion, however from our viewpoint through perception (subject) it is.

Thus we are all conditioned by experience. Except that our perceptions, hence our experiences, are first conditioned and limited by the model. Our perceptions and experiences tend to conform to what we expect. We tend to misinterpret or ignore things which do not match our preconceived notions about them. This is automatic.

The forgoing demonstrates how it is that there are so many different versions of ‘truth’. One’s particular view is almost arbitrary. Although numerous religions, philosophies, and occult systems abound, they do not contradict one and other as much as it might appear. Rather, they describe the same (universal) reality taken from different perspectives. For there can be no ultimate truth in the physical world. We can only base our actions upon assumptions and agreements. All experience is subjective. I like to think of the universe as something indescribable, perhaps a 4-dimensional ‘thing’. As soon as we attempt to put it into our 3-dimensional knowledge-base, something changes and we only see an aspect of the big picture. Just as a photograph can only show us a flat *representation* of a greater thing, so it is with any attempt to describe *spiritual reality* in physical terms.

Yet, there is a separate reality within each of us which is often ignored unless we seek it. This inner self is in magick called the ‘true will’. The true will is the centre of consciousness and identity. It is the ‘real you’. Everything else is an interface or link to it from the outer (illusory) world. Since that interface is based upon our model, it is conditioned and may sometimes produce false information. ‘Do what thou wilt’ (Crowley) is an axiom of magick; for the true will expresses our exact desires. And what we truly want (‘down deep’) we tend to automatically get. This isn’t always in our best interests, since the true will can be conditioned (tricked) by the illusion; and then we might desire and obtain that which is not ultimately good for us. (Karma strikes again!) The task of the magician therefor is to awaken his awareneess of the true will, to be free of conditioning, and thereby to transcend maya. (‘My will unconditioned is magical’ — Spare).

Happiness is Being Happy

There is no great secret to changing behaviour or habits. It is largely a matter of determination. It requires that you ignore the ‘pull’ of the model when you strive for changes within yourself. The model is, after all, a collection of ‘habits’, some of which must be unlearned for permanent change to occur. There are two ways to do this: direct, through will power and awareness alone — observing and acting out in an unattached or indifferent manner; and indirect — through conditioning such as affirmation (explained later), self-hypnosis, and magick. Meditation may help too, by relaxing tension and conflict.

Emotions follow physical expression: smile and act happy and you will tend to feel and be happy. The same is also true for other emotions. Also, emotions can be purposely used (or programed) to replace other emotions. Using this technique, a magician is somewhat like an actor in that he learns how to turn his emotions on and off at will. Note that this is not ‘faking it’; the magician is probably more in touch with his true feelings than most people. And for these reasons we say that happiness is being appy.

Magick always involves self-hypnosis. However, it may be more than that. For one thing, there are objective forces involved (or so it would seem). Deities, spirits, and cosmic force can have an independent existence. And the repetitive physical movement sometimes involved in ritual can itself generate PK force. On the other hand, it could be argued that all of this is subjective to the magician. Or that the deities and spirits are nothing more than archetypes or cosmic patterns which the magician energizes with his own vitality. Perhaps all magical effects could be produced through hypnosis alone. But the effects are certainly real.

Great complexity is not necessary in magick. Although basically magick is a medieval system of symbolism (in a modern context), any cosmological system will work from Cabala to Star Wars. We usually use the medieval one in magick because it is convenient and traditional, and because it seems to fit our thought processes well. Traditional symbols have greater emotional effect on the magician than modern ones because of his familiarity with them. What really matters is that the model of the magician be understood and programmed, and thus that the model and the cosmological system do correspond.