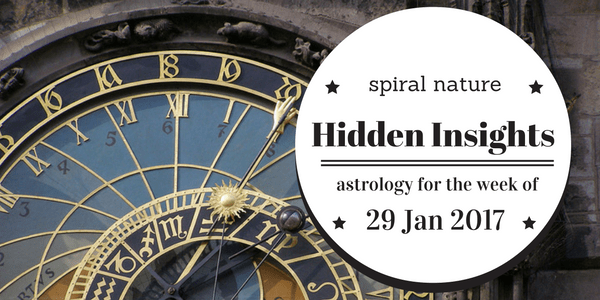 Things are heating up at Hidden Insights!

On Saturday, 28 January 2017, Mars moved out of dreamy Pisces and into Aries, which it rules. In Pisces, Mars might have had to slow down a little. Pisces is dreamy and ethereal, and very self-reflective.

But Mars is energetic and aggressive, and very action-oriented — it doesn’t always see the necessity of taking time to reflect. So this week, you might notice a marked shift in energy as Mars gets back into its comfort zone and starts to move with a greater sense of ease thanks to Aries’ fiery energy.

On Friday, 3 February 2017, Venus also moves into Aries. Venus is in detriment. Aries can carry a strong, masculine energy with it, which can challenge the femininity that Venus brings.

That being said, I never see any planetary placement as entirely good or bad. Like everything, the planets have many aspects and shadow sides. Seeing both Mars and Venus — which represent the yin and yang of our psyches — makes this a potent time to step into your personal power in a whole new way.

Aries is the first sign of the zodiac, so it can usher in fresh energy and new beginnings. Maybe you want to be softer or more sensitive in one area of your life, and more confident and secure in another. Maybe you want to uproot yourself from societal constructs or constraints that have been imposed upon you socially, spiritually, physically, or psychically.

You’re starting to scratch the surface of something interesting this week, Aries. I think having both Mars and Venus travelling through your sign is going to the biggest boon to you – but then, even if it wasn’t, you would always find a way to make it work. This week, Mars is going to be pushing you to think about whether life is taking more than it’s giving, and what your role is within that. Venus is going to be coming right up behind with that message. Don’t be surprised if certain insights you get in the weeks ahead prompt a 180-degree shift for you.

Suggested rune to work with: Nauthiz

Don’t let outside pressures or expectations get to you, Taurus – though please do rise to the occasion and meet them head-on. The weeks ahead are setting you up for some valuable lessons. This isn’t a time to run the other way, because what waits for you on the other side of this is massive growth and reward. Do what you’ve gotta do, and trust in the process.

Suggested rune to work with: Uruz

Which of your past experiences do you think has been most significant for you? If you had to choose one, which would you say shaped you the most? In the coming days, something from that past might be rising to the surface, asking that you look at it in a new way. There’s a story that you can share, something about your history that might now need to be communicated so that it can touch someone else.

Suggested rune to work with: Jera

What’s happening at home these days, Cancer? You need to feel like home is your sanctuary, and this week would be prime time for you to start to build a space that feels as magical as you want it to be. And if something is feeling out of sorts on the home front when it comes to a roommate, partner, or family member, this is the time to work on straightening it out.

Suggested rune to work with: Othala

There might be a balance you have to strike this week that has to do with the concept of selfishness. You might find yourself having to choose a road that shuts others out. How do know if it’s the right one? Only you can know that for sure, Leo, but here’s a hint: If it’s going to help you step into the spotlight and realize an important dream, then go for it. Don’t let anyone hold you back. Otherwise, you might want to stay true to your generous, giving nature. Remember that balance can be achieved in all scenarios, even if it takes some trial and error at first.

Suggested rune to work with: Elhaz

What is most important to you right now, Virgo, and how much time and space is it getting in your life? If you find that your top priorities are only getting a sliver of your attention these days, I think Mars and Venus in Aries will be energies you will definitely want to tap into in the weeks to come. If you’ve been feeling a bit knocked around this past little while, it’s time to get up, dust yourself off, and start getting things back in order again – on your terms.

Suggested rune to work with: Sowilo

Let your ego lead the way, Libra. Does that sound like bad advice? I hope not. The ego has gotten such a bad reputation over the years, especially in spiritual circles, but truthfully, it’s a very important part of who we are. Without it, we would never find the confidence to make things happen for ourselves. In the weeks to come, I think your ego is going to be guiding you in some interesting new directions, especially when it comes to getting the recognition and kudos you deserve.

Suggested rune to work with: Tiwaz

You are entering into a time when you can take better control about any doubts that tend to creep into your consciousness. Especially those fears that make you feel inferior, or make you question whether you’ve actually accomplished as much as you have. Because the weeks ahead are going to give you the chance to start building something fresh for yourself, and with that new energy will come a stronger sense of will and drive that will propel well into the future.

Suggested rune to work with: Wunjo

Something is waiting to be awoken within you. What do you think it is? If you’re not sure, it looks like you might be able to uncover it by exploring some past-life regression work or Akashic records. Reviewing your old journals, or doing some freehand writing can also help. Whatever it is, something’s been hibernating within, and it seems to be connected to your past. There can be a powerful realization that comes from it once it’s out in the open.

Suggested rune to work with: Hagalaz

I see you pulling up your bootstraps, so to speak. In the coming weeks, I think you’ll be motivated to become more efficient and organized in your day-to-day life. If there’s a distraction or other habit you’ve been meaning to break away from, you’ll soon have the willpower to do it. Just don’t be surprised if what seem like small changes at first become big transformations.

Suggested rune to work with: Kenaz

What’s creeping into your consciousness these days, Aquarius? I get the sense that something is pulling at your attention. Don’t be afraid of what wants to rise up from the depths. You’re made to be visionary, but sometimes that power might be a bit intimidating. Take some small steps towards it in the coming weeks, if you feel it’s calling to you. If you are looking for fireworks or a groundbreaking idea, you just might fall right into it if you let yourself.

Suggested rune to work with: Raido

Earlier this year, I read about the concept of giving a blessing every day. You might pass a stranger on the street and decide to quietly send them some well-wishes, or you might write a special incantation or intention for a friend and send it to them in the mail. Really, there are no hard and fast rules for how blessings should be delivered, or who they can be directed to. I get the sense that this is a creative muscle you might want to work, Pisces. Why not make a list of how you can send a blessing out each day, and then act on it?

Suggested rune to work with: Wunjo 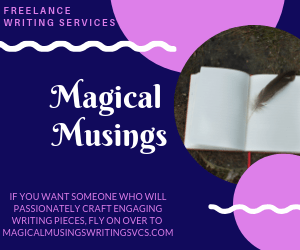