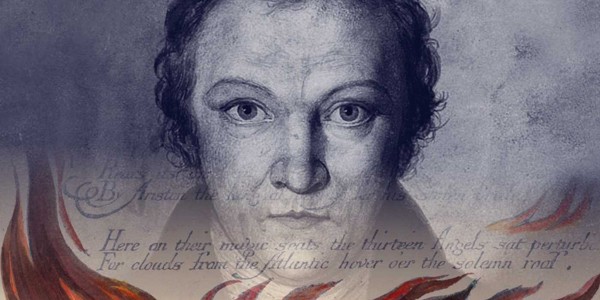 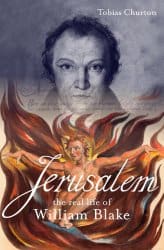 William Blake is an ephemeral figure, his works are couched in his own esoteric world, and his life is even more obscure. Even though I have an English degree, and though I spent most of a year of that degree on Blake, and having read everything he wrote at least once, the man and his work still eludes my understanding.

Biographies of the man often are very one-sided, some focus on his mystical leanings, others on his political activities, and most frame his life through his artwork and poetry as if that is all there is to a man. This is not just the fault of biographers. Like many fascinating people, no one decided to write down much of Blake’s life while he was living it. So when he passed, and his life was put to writing it was often by critics or devoted admirers, either way the balance of truth was lost. As Churton puts it:

[A] Blake biography tends to leave you confused as to just where you are in the narrative. Years pass by unnoticed, historical context vanishes, critical comments about paintings or poems get mixed up with disparate quotations as if ‘Blake’ held the same ideas at all times throughout his life, the biography cherry picking the ones that suit the narrative, even where anachronistic.1

This is where Churton comes in, drawing on all the standard sources of Blake’s life, as well as William Blake’s Sexual Path to Spiritual Vision,2 and some never-before-published records such as letters, diaries, pamphlets, and books, which he had the great boon of inheriting. Along with great sources, Churton goes to great lengths to establish the context of Blake’s life. Instead of painting him as a pure rebel, we’re given a picture of Blake’s world. This lets us really understand where he rebelled, where he didn’t, and what fueled his spirit.

Churton begins not with Blake’s birth, nor an introduction of his family, but his death. Or perhaps better to say, the various accounts of his death. Did Blake die peacefully in his sleep? Was a painting of his wife the last thing he ever did? Did Blake spend his dying hours singing songs and describing to those present (was it just his wife, or were friends there?) the visions he had of heaven. Even the date of Blake’s death is wrong in some of these accounts. From the beginning we can see the confusion regarding Blake’s biography, and are introduced to the process of how Churton will investigate the truth. From both a historian’s perspective, and a reader’s, Churton’s process is a great thing to watch. Rather than providing a “finished” biography filled with facts and dates, we’re led through the evidence, where it conflicts and where it is missing, and we can watch as Churton illustrates potential meanings, allowing us to draw our own conclusions. Essentially this book is not just a biography of Blake, but the crafting of such a biography, and I think Blake would appreciate seeing the crafting as much as the product.

We’re given a balanced view of Blake’s life, and while it is obvious Churton is a fan of Blake, he is not unwilling to point out the flaws in the man, or his work. An illustrative sample:

After that appallingly punctuated, bared introduction, we head downhill fast, to the point where the thought occurs: “You want to be a satirist, Mr. Blake? Don’t give up the day job.”3

While my main interest in Blake is due to his poetry and mysticism, this book covered so much more: details of his family life, his health, problems with Blake’s career and education, even the specifics on where Blake lived in the city. Now this might sound like it could be dry and dull, but it is far from it. In fact the prose of the book is actually compelling, something I never thought I’d say about a biography. A compelling and active sample from the introduction of the text:

If we ascend a flight of stairs, bounded by graceful Queen Anne balustrades and wainscoting to the first landing of No. 3 Found Court, we shall see two doors, lit by a window overlooking the backyard. The door on the left gives entry to the back room where Blake works, his wife cooks, and the loving couple sleeps.4

Also, no book on Blake would be complete without a collection of his artwork, and Churton, of course, obliges. Pictures of Blake’s illuminated poetry, sketches he had done (or sketches done of him), as well as photos of his grave are included with the book. There is nothing very new or different in the images included, but if you’re not familiar with Blake’s work it will give you a better sense.

If you seek to understand Blake as a man, an artist, a mystic, or something else, I’ve come across no better biography than Jerusalem!: The Real Life of William Blake I cannot recommend this book more highly for those wishing to understand the wild genius that is William Blake.