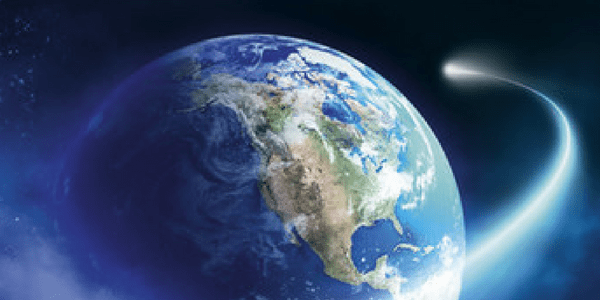 While astrologers have long studied the influence of celestial bodies on human events, these studies have neglected to take into account the energies of the planet we live on. In this paradigm-shifting book, Earth: Astrology’s Missing Planet: Reconnecting with Her Sacred Power, Chrissie Blaze emphasizes the importance of considering Earth when working with astrology, and provides a fascinating method for incorporating Earth into the astrological interpretation of birth charts. She also brings awareness to the pressing need for human reconnection to Earth in order to shift from the destructive conditions in our world being manifested through ecological crises.

Tapping into the spirit of the Aquarian age, Blaze demonstrates how science and spirituality are merging to once again bridge the divide that has separated astronomy and astrology for too long. Through emerging data from quantum physics and topics such as Gaia theory, a new frontier is being revealed that proves the Earth is a living, breathing, and organic body of energy. Blaze believes that planets, too, are intelligent bodies and it is this vital wisdom embodied by the planets that allows for connection between people on Earth and planetary bodies to emerge as the insight of astrology.

I subscribe to the theory that everything is energy. We are bundles of solidified Sunlight; each planet radiates its own unique energies through the electromagnetic force fields existing between them. The relationships between the planets, known as aspects, reveal the working out of a Divine Plan in which we live, move and have our being. The more we understand and align with this Cosmic Plan, the more of our Spiritual potential we unfold.1

As a soul-centred astrologer, Blaze utilizes spiritual and evolutionary perspectives in her understanding of astrology, providing insight into the heart of what is going on in today’s world that fosters such disconnection between humans and nature. She writes, “Because most people are concerned exclusively with survival and security on this physical plane, rather than yearning to find their spiritual path or expressing their souls through service, they are not yet using this beautiful power of Mother Earth being offered to us.”2 Through factoring Mother Earth into one’s birth chart, a reconnection and integration of physical body and spirit can begin to take place, cultivating a sense of wholeness. This is lacking in our current astrological methods, which seem to uphold the sense of disconnect between the earth’s environment and its cosmic role.

Earth, in one’s birth chart, is located directly opposite the Sun. Therefore the opposite zodiac sign of one’s Sun sign s their Earth sign. For instance, if one were a Taurus Sun sign, one would be a Scorpio Earth sign. In section two of Earth: Astrology’s Missing Planet, Blaze gives long and detailed explanation for all 12 of the Sun and Earth sign combinations. These descriptions are immensely thorough and provide information on the ruling planets of each sign, as well as the elemental affinity of each sign, to truly provide the reader with a well-rounded understanding of how the energy of one’s Earth sign can be harnessed and used to work in tandem with the Sun sign, creating a more balanced expression of one’s self. Blaze states, “The secret of using the power of your Earth Sign is to become aware of their different energies within you and attempt to use them and manifest them as positively as possible.”3

Following this is a section on the interpretation of Earth signs based on the astrological house placement of Earth in one’s chart. Blaze describes how the house system works based on the time, date, and location of one’s birth. The descriptions for this are much more brief than the interpretations of Sun and Earth sign combinations discussed earlier, but are significant enough to add yet another layer of insight into how the earth’s energy may manifest itself in one’s life.

In the final section of the book, which is very short compared to the first two, Blaze provides ways to reconnect with the energy of Earth. Offered for the reader is the Violet Flame Practice to connect with Mother Nature, as well as information on working with other realms of Earth energy, such as the devic kingdom. Through connecting with to the elemental realms of nature, an organic relationship with the power of Earth will begin to blossom. Blaze urges the reader to break with current culture of disconnection, and to reunite with Earth and with all the magick, wisdom, and abundance that reside within nature. The future of our world will be greatly affected by how we tend to our planet now, and there is much room for spiritual growth and evolution on the path of reconnecting Earth with space, giving rise to a new era of human evolution that honours all of life.

This book was a bit of a synchronous read for me, as I am finishing up a degree in ecopsychology and also working as a professional astrologer. For the past two years, I have been living the question of how we might reunite Earth and space. Often feeling torn in two directions between these two passions, I have recently been thinking about the need to reincorporate Earth, our home, back into the system of astrology. This book is reflective of the shift taking place in my own psyche, and I also feel it represents a more collective, evolutionary movement in the field of astrology. Blaze is squarely in the spirit of the times with this book, and it was both comforting and exhilarating to be able to read her perspective on weaving Gaia and the cosmos back together again.

I found the book absolutely inspiring and filled to the brim with great astrological information. Blaze’s descriptions of the planets, the Earth signs, and the house system were absolutely fantastic. She has a very good, communicable writing style that makes the information easy to take in and truly understand. I particularly liked how Blaze chose Earth as the planetary ruler of Taurus and Sagittarius, because for months now I have been feeling this connection myself but could not precisely put it into words. Blaze’s perspective that both are ruled by the planet Earth provided a very welcome aha! moment for me.

Blaze’s approach to the Earth is rather metaphysical, in terms of working with the energy and subtle realms. However, she does a good job of highlighting the need to reconnect with the Earth without going overboard by using fear, rather than love, as the motivating factor.

There was only one error I noticed in the book, in the description of Earth in Gemini and Sun in Sagittarius, Sagittarius is described as “mutable Water,” but Sagittarius is actually mutable fire — probably a mistake overlooked in editing.4

Overall, Earth: Astrology’s Missing Planet: Reconnecting with Her Sacred Power is a book of its time, promising astrology as a new frontier for study and exploration. This book is suitable for anyone with an interest in astrology or nature-based spirituality. The information provided is sure to stimulate insight into one’s own spiritual path, written in the stars to be lived out here on Earth, for people of all levels of astrological knowledge — from beginner to seasoned professional. Reconnecting with Mother Nature, giving Earth a place within astrology, and remembering the wisdom of our planet are key pieces to the evolution of consciousness at this time.