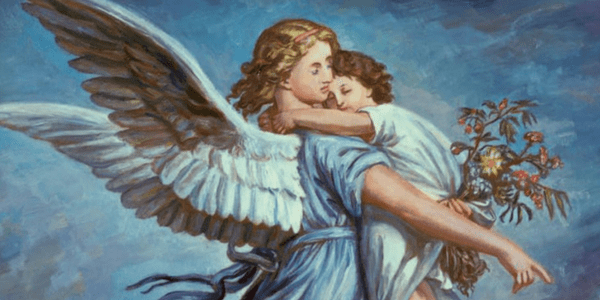 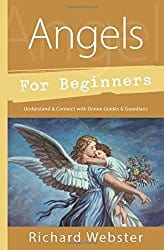 When I took up Angels for Beginners, I was experiencing a difficult time in my life and though I am a skeptic and non-believer, I was determined to be open to what Richard Webster — or what my guardian angel (if they existed) — had to offer.

I chose to review this book to gain some knowledge of the types of angels — their powers, purpose, and a general history of theology — to help me with my novel in progress. With so many novels out there about angels, I thought it was important to do the proper research to refine my ideas and base them more accurately on Christian theology — not just my own invented lore — in order to stand out from the pack. And, I was not disappointed with Richard Webster’s beginner’s guide. In fact, I got a lot more than I expected. I particularly enjoyed reading about the origins of angels and how they are perceived in different religions.

Webster begins with a series of anecdotes detailing the “presence” of angels, as well as a general introduction to the book, and encourages his readers to explore “the world of angels and to make them an integral part of your life.”1

Chapters one through five focus on the theological history and interpretations of angels: how they are defined, their purpose, powers, and so on. Chapters six and seven relate to communicating with angels and exercises on how to achieve this. Chapter eight looks at important figures in history (such as Joan of Arc, Martin Luther King Jr., and George Washington) and their angelic visitations. Appendices A and B are concerned with the representations of angels in art and literature, and the different purposes of angels (respectively).

Are angels intangible beings? What do they represent? What is their purpose? These were some of the questions I needed answered. Within chapter one, “What Are Angels?” Webster explains the various interpretations of angels of the Abrahamic faiths (Judaism, Christianity, and Islam) as well as the “angel-like beings” in Hinduism and Buddhism.2 The entire book concerns each of these faiths, so the reader gets a diverse examination; making this book an essential guide for readers interested in all facets of angels. This was one thing I was not expecting — I assumed it was going to be a purely Christian-focused book. 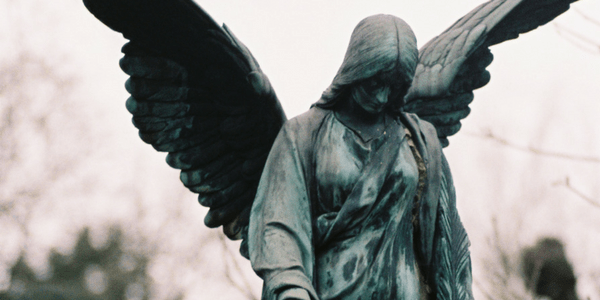 In chapter three, “Your Guardian Angels,” Webster defines your guardian angel as the voice inside your head that compels you to do (or to not do) something — whether committing an act or laying trust in someone. This is something that many non-believers might define as merely intuition, or the ego, superego, and id. Webster explains that these guiding spirits “help their charges’ souls achieve salvation” and “provide protection, guidance, and companionship.”3

There is no perfect ruling on the appearance, powers, and purpose of angels (or even to whom an angel reveals themselves), even within the one denomination. I, as a heathen (or someone who has not been baptized), may or may not have a personal angel — the early Church fathers couldn’t agree on this rule.4 Saint Jerome believed that at birth “an angel [is] commissioned to guard” their soul. Yet, Saint Anselm believed “guardian angels were assigned before birth.”5 But, just as each religion has its own interpretation of the Bible — its precise wordings or translations — it all comes down to your own personal belief. Webster therefore offers the reader these variations. For example,

Origen, a Christian theologian who wrote extensively about angels, believed that God passes the soul over to an angel as soon as the person converts to Christianity. He also believed that everyone had both a good and bad angel. The good angel guided the person, and the evil one offered temptation.6

From my limited understanding of Christian theology; the fall of Satan, and the Garden of Eden, I thought though everyone is born with original sin, that it was Eve’s actions which brought down temptation to humankind (whether they accepted Christianity or God into their lives or not). Webster notes that women, working as agents of “bad angels” such as Azael, “[lead] men into sin.”7 I was confused a lot of the time, especially about who was responsible for evil. Was it the bad angels? Was it women? Was it Satan? And so, I was ready to correct any of the “falsehoods” of Christianity that I had previously learnt.

And, though I tried to remain objective and open-minded, it was a difficult ask for this atheist and feminist. 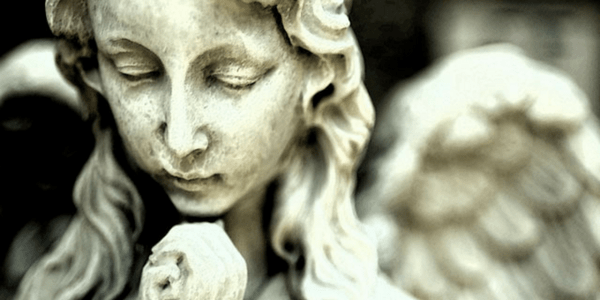 I kept reminding myself to concentrate on the book itself — what Webster was conveying, and the extensive research he had to offer his readers — rather than the content and theological beliefs, but there were some areas that concerned me so greatly that it was hard to overlook. For example, how some members of the Watchers made relations with women, therefore “defiling themselves.”8 Very quickly, one can see how damaging this is to women; to portray them as wicked — so much so that not even someone as pure and good as an angel can repel their sinful nature. There is again emphasis on the angels’ weakness and submission to women. And, of course, while this mantra (of ignoring the blatant prejudices against women) appeared easy and logical on the surface, it is near impossible to do so when such prejudices lay the foundation for the actions and mentality of the angels, and even for most religions as a whole.

Webster conveys a story of “a young virgin who resisted the approaches of these angels. She asked them to lend her wings. Once she had them, she flew to heaven and visited the Throne of God. After hearing her story, God transformed her into the constellation of Virgo.”9 I wondered, Is this a punishment or reward? Afterall, the angel, Shemhazai, had become “overcome with lust and slept with human women”10 and he also was turned into a constellation — Orion.

Moving on, I wish Webster had explored further coincidences, synchronicity, and serendipity. I would have liked to read his take on other phenomena such as déjà vu, karma, and the Baader Meinhof phenomenon. However, as soon as Webster mentioned the Law of Attraction, I found myself wondering where the book was heading. For example, Webster offers methods for experiencing and making contact with your guardian angel, such as praying or remaining conscious of a presence. But, once you have made contact, Webster states that you can “ask your angel for anything you need.”11 This sounded reminiscent of The Secret, and I do not subscribe to such ideologies where accountability and agency are forfeited or placed into the hands of another.

Webster also recommends trying a series of exercises to build up a closer connection to your guardian angel, such as attempting to draw your angel, conversing with them and finding out their name, keeping track of dreams where “many people experience their guardian angel,” writing a letter to them, creating an altar, and so on.12

I tried one of the first exercises — to make contact with my guardian angel and find out their name (if they did exist). I can’t say I wasn’t disappointed when an angel did not reveal themselves, but I did enjoy reaching a relaxed state (something that those with anxiety disorder have difficulty finding). I also treated myself to Modest Mussorgsky’s “Night on Bald Mountain,” which played on repeat in my head during the exercise. 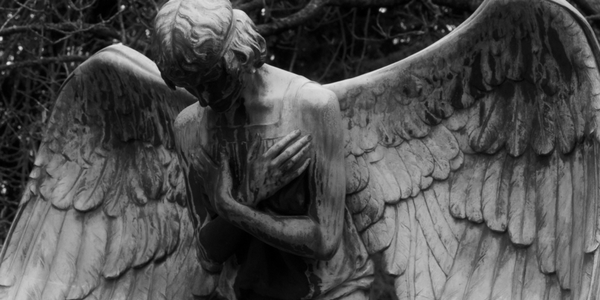 While I came across a number of fascinating stories and beliefs, I once again felt the oppressive hand of religion atop woman as I found the entry of archangel Michael, who acted as Adam’s guide. Michael “persuaded God to allow [Adam’s] soul to enter heaven.”13 All I wondered after reading that was, what about Eve? They committed equal sin, but apparently only Adam had redeeming qualities? I mean, at least the archangel Raziel gave both Adam and Eve a guidebook containing “all the knowledge of the universe.”14 But, enough about my qualms with religion and its many prejudices against women.

Despite my initial apprehensions with Angels for Beginners, I was pleasantly surprised. While indeed expecting a work of nonfiction, I did not imagine it to be such a thoroughly-researched book (much to my satisfaction). This book would prove a useful tool in research for theological studies, and general interest, as Webster references a number of texts and academics. However, Webster makes a convincing argument where almost every statement is presented as fact, rather than a theory or musing. He does not provide citations everywhere, yet the long list of works he has authored might be enough for some readers.

I am now very much interested in seeking out Webster’s other works including his Encyclopedia of Angels  for a more in-depth observation of angels of each faith.15

Related: Review of Encyclopedia of Angels, by Mike Gleason