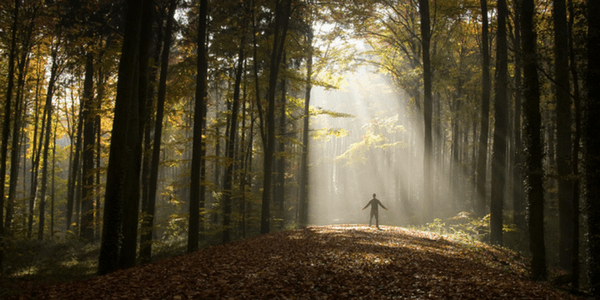 There are those — Richard Dawkins among them — who consider certain aspects of human behaviour to be contrary to nature, to be somehow “unnatural.” Quite frankly, I don’t understand what this means. How could such a thing even be possible? What is there that is beyond nature?

With all this talk of what is “natural” and “unnatural,” we might do well to look at how these words are defined. The Canadian Oxford English Dictionary lists 16 distinct definitions of the word “natural” with various sub-definitions employed as well. Foremost amongst these oft-conflicting definitions, and most relevant to our topic, “natural” is defined as “existing in or caused by nature; not artificial.” ((For example, “9. having a physical existence as opposed to what is spiritual” and “11. based on the innate moral sense” – more mystical indwelling “natures”.)) Whereas “unnatural,” which lists only four definitions, is first defined as “contrary to nature or the usual course of nature.”

If humans are to exist at all, they must do so “in nature,” for we encounter them regularly in the here and now. (Let’s leave the mystical planes out for the moment.) The “artificial” bit might give pause, as humans have a penchant for creating dwellings, which on the surface may seem “unnatural,” but by the same logic we ought to consider the spider’s web an “unnatural” creation along with the beaver’s dam and birds’ nests. It’s not terribly meaningful to call these things unnatural, but if you’d like to make a case for it, I’d love to hear it.

So what does it mean for a creature to act “against nature”? Presumably the creature would have to do something contrary to its normal behaviour. But “normal” is a floating average, apt to change, and requiring parameters to be meaningful. It might be normal for an American to eat a beef burger, but it might be unusual for an Indian to do so.1

Conversely, is it normal for cows to attack humans? Excuses are made for their seemingly out of character behaviour, but as Chris Poole sensibly remarked: “It was unlucky the cows attacked… it is very rare but obviously it can happen.” At least these cows didn’t have guns, unlike this dog. Accidents, “freaks of nature”?

Nature is infinitely more complex than we give her credit for, and however improbable a thing seems, there is nothing that exists which is outside her realm.

Originally published on Plutonica.net on 2 November 2007.