Home About Finances for 2014 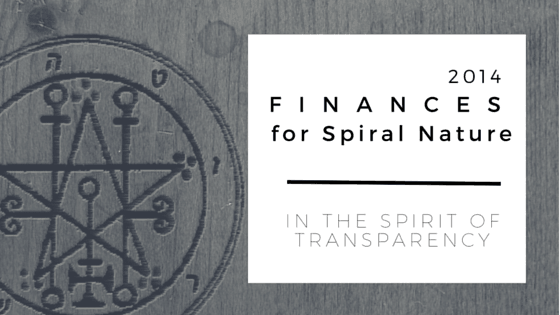 In the interest of transparency, we are sharing our financials for each year we’ve been making money with the magazine.

In 2014, as we started to accept advertising and offer affiliate links on the site, Spiral Nature also became one of the only occult magazines to pay its contributors.

We published 100 articles in 2014, paid 21 different writers for their work, and offered seven ads in trade.

Of these articles, 44 were written and published by the editor-in-chief, who received no payment for their work either writing or editing for the site. All funds either went to contributors, or was reinvested back into the magazine.

At the end of the first year of securing funding we had a profit of $352, which seemed like enough to be able to hire an editor to help with the workload.

In 2015, we were able to hire our first assistant editors.