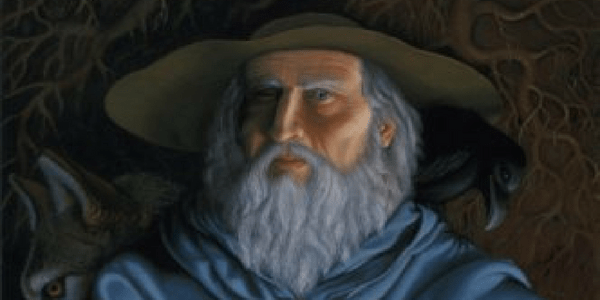 Originally published in 1981 as Comment peut-on etre paien?, the book was translated from the French into English by Jon Graham and republished in 2004 by Ultra as On Being a Pagan

I can only imagine that new title and cheesy image of Odin on the cover are intended to lure modern Pagans anticipating fanciful stories harking back to the good ol’ days of yore, yet the Paganism of Alain de Benoist is decidedly not a “return to the past,” nor an attempt to regain some “lost paradise.”1 Instead, this book offers something far more profound. As Stephen Edred Flowers, in the preface to the current edition, writes,

Too often today “pagans” are seen, and see themselves, as social misfits, drop-outs and “individualists,” each of whom seeks only to do his or her “own thing” (which change from year to year, if not day to day). They may dress up in silly anachronistic costumes, but in their souls, and in their social and political attitudes, they very often conform to Judeo-Christian norms. But the Paganism of Benoist is far more radical, and far more feared by the establishment because it is genuinely pagan, and philosophically sophisticated. Unlike “new age” paganism, it has the real possibility of cultural influence.2

De Benoist explains that his Paganism,

implies looking behind religion, and, according to a now classic itinerary, seeking for the “mental equipment” that produced it, the inner world it reflects, and how the world it depicts is apprehended. In short, it consists of viewing the gods as “centres of values”… and the beliefs they generate as value systems: gods and beliefs may pass away, but the values remain.3

The book is comprised of 26 essays contrasting the Jewish and Christian religions, ethics and morality with those of Indo-European culture and their implications. He examines the intellectual traditions inherited and discards Christian morality as stemming from a unquestionably cruel and vengeful god. In place, de Benoist favours an ambiguous brand of Nietzsche-inspired Paganism, writing, for instance, that “by honoring his gods, man honors his ability to live in symbiosis with them, that he honours his own capacity, by means of a free will to power, to become equal to the models he has chosen.”4

On Being a Pagan is serious, compelling and erudite. I sincerely hope the deceptive cover succeeds in drawing greater attention to this work, as its message is one which should be heard, understood and intelligently integrated into modern Paganism that has yet to shake its past.